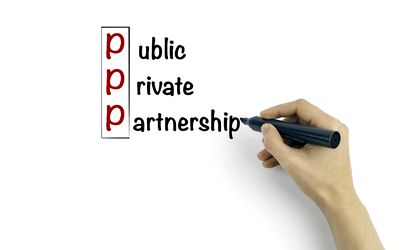 The Romanian government passed a decision on Thursday to approve 16 strategic investment objectives that will be prepared and assigned in public-private partnership (PPP) through the National Strategy and Prognosis Commission.

Eight of the projects approved on Thursday are newly introduced:

The railway will be approximately 1,275 km long and will cut the time it takes to get from the capital to the main cities on the route. It will also allow connections like Timisoara-Cluj, Craiova-Sofia, Timisoara-Belgrade and Cluj-Budapest.

The new line would be routed through Bragadiru-Alexandriei Road-Colentina-Voluntari, it would be 25 km long and have about 30 stations, a terminal and a depot. It will contribute to the expansion of Bucharest’s metropolitan area through the urbanization of nearby localities.

The project aims to build two more operational terminals, which could become an important attraction point for investors and allow the operation of high-capacity ships, the increase of sea transport for passengers and merchandise and the increase of trade volumes.

This project would ensure the long-term economic development of Turnu Magurele city as well as the water supply of nearby towns and villages so they are no longer dependent on the Danube’s levels.

A 2.5 km stretch of beach in the Costinesti-23 August area would be refurbished and new modern accommodation spaces would be built. The project initially includes the development of 4 luxury resorts on over 800 hectares of land, as well as eight 5-star hotels with over 4,000 rooms. New county roads would also be built to connect the resorts with the DN39 national road.

The clinic would be built within the Prof Dr Matei Bals National Infectious Disease Institute and would include two buildings totalling about 51,000 sqm which will include emergencies, outpatient care, consultation rooms, imaging, radiotherapy, operating rooms, pharmacy, a heliport, an amphitheatre, laboratories, a research block, conference rooms, changing rooms, visitor spaces and technical spaces.

The hospital will have around 800-1,000 beds and will provide medical assistance for complex medical cases that cannot be resolved in smaller hospitals nearby. It will have a heliport and an emergency helicopter, as well as speciality clinics and well-equipped research centers. Besides the hospital, housing will be built for medical staff, as well as accommodation for the families of patients.