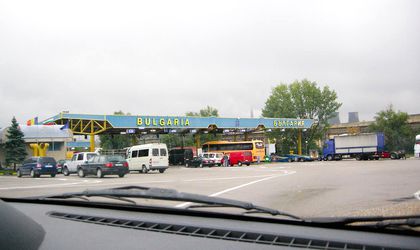 More than the actual taxes themselves, fiscal stability and, above all, predictability are key requirements when planning an investment and running a business, any manager will say. The government’s recession strategy, however, seems to lack both these qualities, sending more and more local companies south to neighboring Bulgaria, which, tax specialists say, promises lower taxes and less red tape.

Back in July, following the government’s decision to hike VAT to 24 percent, Ioan Niculae, owner of InterAgro, one of the leading Romanian groups of companies, made the staggering announcement that he had decided to take his business to Bulgaria. InterAgro already had strong commercial and business connections on the other side of the Danube. Three months later, after President Traian Basescu reproached Niculae, he backtracked and company representatives told BR that there were no actual plans for relocation. “The group will remain one of the big taxpayers in Romania. We consider this a duty towards the Romanian state which we will never shirk,” company officials confirmed.

However, many smaller local firms have a different perspective when it comes to paying taxes, and lured by the promise of less red tape and lower taxation, are moving their business to Bulgaria. No official data is available, but according to Bulgarian media reports as many as 2,500 Romanian companies have switched sides so far and the trend is confirmed by tax specialists.

“Indeed more and more companies are considering relocating their business to Bulgaria manly due to the favorable tax environment in this country. Taxation is very important in the investment decision-making process as it represents a business cost, irrespective of the type, size or geographical location of the business,” Ramona Moisa, corporate tax manager at Deloitte Tax, told Business Review.

Business lawyers echo Romanian firms’ hopes of profiting from lower taxes south of the Danube. “There is increased interest from small Romanian companies (active for example in the automotive and construction sectors) to shift their activity to Bulgaria because of lower VAT, income tax and social security costs. Big players do not relocate as often. However, the fiscal regime is a top concern in a decision to invest,” Monica Iancu, senior associate with Peli Filip law firm, told BR.

Setting up a company in Bulgaria has become an option for many firms in need of fiscal warehousing, explained Marius Stancescu, president and founder of Riff Holding International, as the legislation for this activity in Romania has been changed. The Bulgarian town of Ruse, only 65 km away from Bucharest, has become a top destination for fiscal warehousing as it takes only 15 days from registration for a company to receive an operating permit.

“There are huge warehouses being built in Ruse and in Varna a new terminal for oil products which can no longer be handled in Constanta is being constructed. Burgas also is being besieged by ships which should normally head to Constanta,” said Stancescu. “The whole situation is the result of the authorities’ helplessness in efficiently managing fiscal issues to the country’s best interest.”

Emilian Duca, partner at BDO Tax, agrees that there is a trend among small local companies to relocate to Bulgaria, but he believes that these firms are in search of advantages related more to intra-community trade and bookkeeping than income tax itself. He added that how the relocation is handled is also very important.

“What actually occurs is the setting up of additional companies with charges between the group’s members being adjusted through transfer pricing. This is why such a business decision should be very prudently considered, bearing in mind all the fiscal risks,” Duca explained.

What Bulgaria has that Romania doesn’t

Dumitru Diculescu of Diculescu Gh. Dumitru PFA, a firm which offers consultancy to those interested in moving or setting up a business in Bulgaria, told BR that the most interesting cities in the Balkan country for running a business are Ruse, Sofia, Plovdiv, Varna and Burgas.

The main advantage of establishing a company in Bulgaria is the level of taxes, which are significantly lower than in Romania. Both countries have a flat tax rate on profits and income, but it is lower in Bulgaria, 10 percent, compared to 16 percent in Romania. Withholding tax for dividend distribution is also lower there (5 percent versus 16 percent). However, what makes Bulgaria a standout country for investors is the competitive labor and operational costs. Social security contributions are significantly lower than in all other countries in the region and in addition to this, the base for the calculation of these contributions is capped at approximately EUR 1,000.

“Although one could argue that the recent increase in the VAT rate (from 19 to 24 percent) is the main factor influencing Romanians’ decision to move their business to Bulgaria, I disagree to some extent. The VAT raise has mainly impacted the spending power of end-consumers. Nevertheless certain VAT incentives offered by Bulgaria (such as a faster procedure for VAT refund) are of course taken into consideration by investors during the investment decision-making process. The Romanian fiscal system is losing once more in competiveness because of the high frequency of legislative changes,” says Moisa. According to her, relocating a business to Bulgaria is actually a company set-up process, after which the firm may carry out its usual economic activities.

The initial capital required to set up a company in Bulgaria has recently been reduced to BGN 2 (approximately EUR 1) as compared to the previous level of BGN 5,000 (approximately EUR 2,500) and RON 200 in Romania (approximately EUR 50). The company will be considered resident in Bulgaria and will be liable to pay taxes there (i.e. corporate tax, VAT, withholding tax, salary taxes and contributions). In the renewable energy field, Bulgaria seems to be attractive as well, with many projects already in the operation stage. “The feed-in promotion system (different from the green certificate support scheme applicable in Romania) whereby renewable energy generation is encouraged may have contributed to this success,” says Iancu.

What risks does a firm assume?

Specialists say that when deciding to move a business to Bulgaria, the risk of creating a taxable presence in Romania should also be taken into consideration, especially when the employees of the Bulgarian company will carry out their activities in Romania.

“By creating a taxable presence in Romania (i.e. a branch), the profits attributable to this branch will be taxable in Romania at 16 percent. Also, from a salary tax and social security contribution perspective, in order to benefit from the reduced rates applicable in Bulgaria, employees should actually work in Bulgaria.

The sole fact of concluding a labor agreement with a Bulgarian employer does not automatically reduce the social contributions due,” said the Deloitte Tax corporate tax manager.

What should Romania do?

Specialists say that the number of companies that have already relocated their businesses to Bulgaria has increased lately due to frequent changes in tax legislation, which create uncertainty for investors (i.e. the dependency criteria introduced by the Romanian legislation with respect to taxation of income, the rise in the VAT rate, the level of social security contributions).

Gabriel Biris, managing partner at Biris Goran, says that this new wave of business emigration is the result of more than helplessness, in fact bad will, as the Romanian authorities’ measures related to fiscal warehousing for instance cannot be explained by sheer stupidity, but by more mundane interests.

Meanwhile, the Deloitte specialist says that maintaining the flat tax rate is essential to preserve Romania’s fiscal stability. Another important measure could be the reduction of social contributions due both from employer and employee, and the introduction of a cap on these contributions as a maximum taxable base.

However, changes in the legal framework must be implemented in a normal way that avoids fiscal uncertainty for taxpayers, specialists say. Legislative stability is very important for a tax environment favorable to business development, a fact known by everybody except the Romanian authorities, some say.