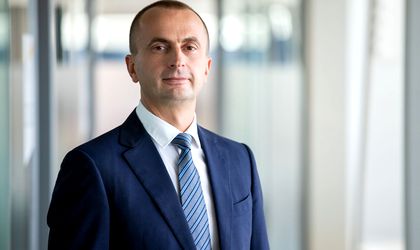 The pandemic has made its mark on FDI across Europe and companies are reconsidering whether manufacturing, research or support services projects are still ﬁnancially viable. In Romania 46% of investors cancelled, decreased or paused investments, while 51% did no changes or increase in their investment plans, according to EY Attractiveness Survey Romania, the first EY attractiveness survey dedicated to the Romanian market.

„FDI could represent a central driving force for Romania’s post-pandemic economic growth. But for this to happen, Romania will have to reshape its approach towards attracting FDI in order to increase its attractiveness for foreign investors. As COVID-19 is accelerating technology adoption, sustainable practices and supply chain reorganization, Romania must act efficiently to adapt to these emerging trends and to current investor’s expectations in a new reframed business environment”, says Bogdan Ion, Country Managing Partner EY Romania & Moldova and Chief Operating Officer for EY South-East & Central Europe and Central Asia (CESA).

Looking forward, investors are still optimistic and believe Romania will become more attractive after the COVID-19 pandemic will pass. Supply chain (35%) and manufacturing operations (36%) are regarded as main investment attractions.

How was Romania performing in terms of FDI before COVID-19 emerged?

COVID-19 pandemic has determined large scale economic disruptions across the globe. Nevertheless, it is still relevant to understand FDI dynamics in Romania prior to the crisis in order to fully grasp on current and future trends.

In 2019, 78 foreign investment projects were carried out in Romania, a decrease of approximately 28% compared to the previous year (113 projects in 2018), placing our country on the 15th place in Europe. Nevertheless, it is important to mention that the value of FDI has not deacresed significantly from 2018 to 2019.

A similar trend can be observed across the region, with Central and Eastern European countries experiencing a decrease in the total number of FDI projects by about 20% compared to the previous year. 2019 was a year in which foreign investors expressed a higher appetite for Western Europe, which held 80% of the European market share.

While COVID-19 might have a negative influence on FDI dynamics in the future, in the past 13 years, following the succession to the EU, Romania has witnessed a considerable increase in terms of annual number of FDI projects, directly contributing to local economic growth.

Similar to other European markets,foreign investment was highly concentrated in major cities in 2019. Bucharest attracted 50% of the total number of announced FDI projects (a 10% increase from the previous year), while Timișoara took the second place, for the second year in a row, with a 11.5% market share.

In the last decade, most FDI projects were implemented in the Bucharest-Ilfov region (59.3% of the total in 2015). A notable growth during this timeline can be observed in Western region of Romania (10%). During the same period, the Southern Region of Romania (Muntenia) attracted 15.5% more investment compared to the previous year.

The North-Eastern region is characterized by a low FDI quota mainly due to the quality of local infrastructure, an aspect that isolates the region from the rest of the regions and implicitly from the activities that involves long-distance transport.

The South-Western region has the lowest share of total GDP (7.5%), being also the one that attracted the smallest FDI flow (after the North-East region). For Muntenia, Central Romania, Western, North-Western and South-Eastern regions, the values are relatively close, both in terms of weight in total FDI, as well as in terms of share in total GDP. However, they are far below comparing to the Bucharest-Ilfov region for both indicators, strengthening Bucharest’s strategic importance in terms of FDI.

Machinery and equipment manufacturing generated the second highest number of new jobs in 2019 (18.2% of the total number), even though there were 4 FDI projects announced last year.

How can Romania retain its attractiveness post-COVID-19?

Our survey shows investors decisions will be driven by the following market factors: social and political stability (66%), labor supply – skilled and unskilled (65%), cost-competitiveness of the country (65%).

According to the respondents, Romania should focus on its efforts on funding key issues such as development of education and skills (84%), supporting high technology and innovation

Industries (81%), investing in major infrastructure and urban projects (80%). In terms of sectors that could accelerate Romania’s development, the majority of foreign investors mentioned agriculture (35%), the IT sector (29%) transport and motor vehicle (21%).

For companies already present on the local market, the safety and security measures put in place to prevent a major crisis in the future (74%) and the level of success in addressing the crisis caused by COVID-19 (61%) are essential.