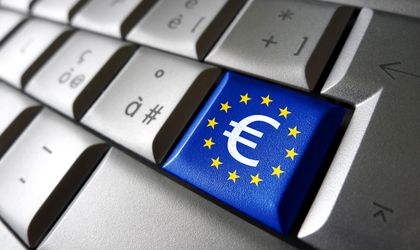 The European Union is making strides in supporting the growth of the startup industry, having already made equity investments worth EUR 178 million through a specialised fund. EU funds could help Romania grow its startup ecosystem, which currently reports some EUR 36 worth of venture capital investments per capita, still below the European average.

The EU has already provided around EUR 563 million in grants to 293 companies under the EIC Accelerator programme.

In short, the EIC fund blends equity investments with grants and aims to take a stake of 10 to 25 percent in funded startups. Equity investments start from EUR 500,000 and can reach EUR 15 million, depending on the firm’s size and development stage.

“For the past several years, EU has been showing increased interest in becoming more competitive and focusing on this segment of the market, as many successful European founders have been lured by US dollars to move their businesses off the continent,” Alexandru Bogdan, the CEO of startup investment fund ROCA X, tells BR.

The EU is deploying new funding instruments as it aims to have its own home-grown startup giants. While the value of European companies backed by venture capital stands at USD 700 billion, this figure reaches USD 10 trillion in the US, according to a report published in late 2020 by dealroom.co and Sifted.

Data from professional services firm KPMG show that in 2020, venture capital investment across Europe reached a record USD 49 billion, up from USD 42 billion in 2019.

“We expect some Romanian start-ups and SMEs bringing breakthrough innovations in health, circular economy, advanced manufacturing, and other areas targeted by the EIC Fund to receive equity financing to develop and scale up their companies,” adds the ROCA X CEO.

Startups can use EU funds to develop research and development operations, to launch new business lines or to venture abroad.

Nonetheless, founders haven’t taken EU funds into account so much until now because they tend to follow the same pattern as the traditional approach.

“The startup ecosystem needs funds to speak its language. The fact that interest is growing is a good thing, but the EU will have to adjust its offer if it wants to win the competition against the US and China. Rather than providing funding, they have chosen to adapt their legislation. This approach seems to be more productive,” Ionut Patrahau, co-founder and chief innovation officer of SeedBlink, a crowdfunding platform for startups, tells BR.

The EIC fund could stimulate the local startup ecosystem, which recorded a decrease in venture capital investments in the pandemic year. For instance, cumulative VC investments in Romania stood at EUR 200 million in the first ten months of 2020, down from EUR 700 million in the previous year, according to the dealroom.co and Sifted report.

For Bogdan Axinia, managing director of eMAG Ventures, the EU’s involvement in the local startup ecosystem is a good sign that can generate future growth.

“It remains to be seen how having the EIC acting as VC for start-ups will work in real life: how fast they act, how much bureaucracy is involved, and what value the EIC can add besides capital,” Axinia says.

The EIC Fund aims to support equality and gender balance and to significantly contribute to sustainability with a particular focus on health, resilience, and the green and digital transitions.

Marius Nicolae, head of technology in strategy and transactions at professional services firm EY Romania, says the local ecosystem could use this alternative investment channel for startups with solutions that impact society.

“The development of startups with a social impact could bring benefits to Romanian society and to the country’s startup ecosystem, by promoting local innovation on an international scale. Romanian startups and other technology companies could access the fund and other EU programmes for research and innovation, to increase their prototype readiness, accelerate the commercialisation stage and access the European network of experts for further development,” Nicolae tells BR.

The EU is already shaping the growth of local startups through the European Investment Fund (EIF) as one of its shareholders. This separate initiative backs several venture capital and private equity funds operating locally.

Going into the first quarter of 2021, VC investments are set to remain strong in areas like FinTech, HealthTech, EdTech, software as a service (SaaS), and cybersecurity, according to KPMG consultants. However, for startups looking to secure early-stage funding, 2020 has proven particularly difficult. As the health crisis lingers, this situation could continue to impact founders of new startups this year.

VC investors were likely also hesitant about making completely new investments without getting the opportunity to meet founders face to face due to the health crisis, according to the KPMG report.

First-time venture financing of companies in Europe fell by 20 percent to 1,546 deals in 2020 versus 2019, while the deal value remained flat at USD 3.5 billion. The average seed investment in a European startup was USD 1.3 million last year, up from USD 1.1 million in 2019.

The EIC could provide additional funding opportunities for entrepreneurs who have been struggling to get money from angel investors or other funds backing startups in early stages.