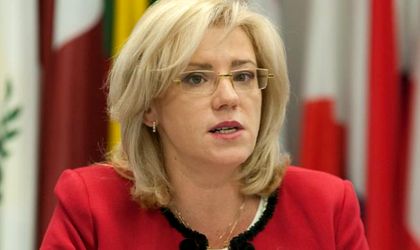 An investment of EUR 1.3 billion out of the Cohesion Fund will be made in the upgrade of a section of the railway corridor that links Curtici, located at the border between Romania and Hungary, to the city of Constanta by the Black Sea.

The works will focus significantly on increasing speed and the safety of travel on the section between kilometre 614 and Simeria town, by refurbishing and upgrading 13 stations from this section, improving signalling and information systems for passengers and building the necessary connecting infrastructure, such as bridges and tunnels.

Corina Cretu said: “Each euro from the EU budget invested in railways increases the territorial cohesion and the economic competitiveness of Romania, improves the country’s connection to Hungary and the rest of Europe and provides an environmentally friendly, fast and secure mobility. This project is 65 percent financed through the EU and has a 100 percent added value.”

The Curtici-Constanta rail connection, part of the Orient-East-Med and Rhine-Danube corridors of the trans-European transport network, runs through Romania from West to East. Several sections of this railway have been or are in the process of being funded through other European instruments, such as the European Interconnection Mechanism or the European Investment Bank.