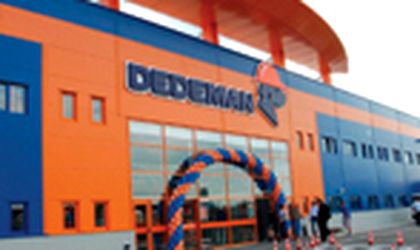 The local DIY market increased 31 percent last year on 2007 and growth is also expected in 2009, due to properties acquired previously that are in need of furnishing, according to a report by consultancy firm PMR. A slowdown is still expected in 2010 and 2011, due to canceled or stalled real estate projects. Despite the gloom, several DIY chains are currently active and planning expansion in the country and even more new companies are tipped to enter the local market in 2010. With 29 ongoing construction bricolage and furniture store projects, six projects in the design stage and 13 to start this year, DIY and furniture stores will cover over 200,000built sqm under German, Austrian, French, Danish, Turkish, Belgian and Romanian names.

New French entry expected in 2010
Last October, the main French DIY operator Leroy Merlin announced it had leased 19,000 sqm in the Bucharest commercial center Colosseum, to open in Q1 2010. By the end of 2008, Colloseum was 70 percent leased. Worldwide, Leroy Merlin has 236 operational units. The brand is operated by French company Groupe Adeo. Overall, the group reported a turnover of EUR 10.2 billion in 2008, a year on year increase of 15 percent.
One of the newest names on the local DIY segment, German chain Obi has recently opened two stores in Pitesti and Arad, delivering around 10,000 sqm each. The moves form part of the retailer's local strategy of opening at least five units in Romania in 2009 after opening two others in Oradea and Bucharest in 2008. Last year, the firm announced investment plans of around EUR 50 million for Romania, to open a total of 13 units in cities home to over 75,000 inhabitants.
“Our strategy in Romania is to secure development spaces in retail parks, rather than starting a more difficult greenfield investment,” said board member Dieter Messner. A regular Obi unit has 8,000-12,000 sqm of sales space and employs 120 people. Messner says the firm gets 50 percent of its sales from its home market.
Another German operator, the local subsidiary of Praktiker, saw a drop in sales of 15.6 percent in Q1 of 2009, to EUR 45.1 million. Its sales were hit by the depreciation of local currencies, especially in Eastern Europe where it has a network of 100 subsidiaries. In Romania, the group currently runs 25 units. This year, Praktiker Romania has a new GM, Michael Krahn, replacing Guenter Vosskaemper.
Meanwhile, French chain Bricostore has leased a 9,370-sqm space in Satu Mare retail park Armoni, which takes it to a 13-unit chain in Romania. It is also developing three new locations to be opened in H2 of 2009.
Interhome, a brand owned by Belgian company Interior Home Commerce, plans to reach a countrywide web of 15 units, after opening two stores in Timisoara and Ploiesti since 2005, when it entered the local market. Its expansion pace will be five to six stores a year.
“We plan to reach some 15 or 16 stores in Romania, to sustain a turnover of EUR 130 million per year,” said Benoit Benquet, general manager of the firm in Romania. Interhome's 3,000-sqm Ploiesti store required a EUR 3.6 million investment. A 5,000-sqm Timisoara store cost the company EUR 5 million.

Local chains proceed with expansion plans
One of the most active DIY retailers of 2009, local construction material distributor Dedeman, posted a turnover of EUR 250 million in 2008, 35 percent up on the previous year, beating its predicted 15 percent growth.
“The result is mostly due to the bigger sales area, which gained 17,500 sqm from the opening of two shops in Constanta and Botosani,” said Dragos Paval, president and co-owner of Dedeman, which currently runs a local chain of 12 shops, nine of which are located in Moldova, eastern Romania.
The firm was planning to finish three more units in Bucharest, Buzau and Iasi in the first half of 2009, and is awaiting construction permits for another eight locations, for which it has already secured the land. By 2015, the company wants to have 30 units countrywide. Dedeman expects to maintain the same turnover in 2009 as last year.
“The downturn on the local construction market, exacerbated by the depreciation of the Romanian currency and the general financial shrinkage, will raise the prices of construction materials,” said Paval. He says the downturn will primarily affect small businesses which will eventually will have to shut down units.
Local Arabesque, controlled by businessman Virgil Cezar Rapotan, recorded a 20-25 percent drop in turnover in Q1 of 2009 compared with the same period of the year before, to EUR 220 million, close to its 2007 half year result. Despite this, it has continued expansion, opening a commercial center in Pitesti at a cost of EUR 5 million. This was its second project this yea, the first being the mixed-use center it opened in the Glina area of Bucharest.
In the capital, Arabesque owns two more such centers – one in Otopeni, a EUR 4 million investment, and one in Militari. In 2008, it posted a turnover of EUR 550 million, more than 22 percent up on 2007. Sales abroad brought EUR 110 million of this sum. The firm has invested EUR 50 million in opening store in Romania and abroad.
For this year, Dedeman has budgeted EUR 25 million for new openings totaling over 46,000 sqm in sales area. In the first semester of 2009, the company opened two units in Bucharest and Buzau and is getting ready for a second opening in Bucharest and a new store in Iasi. The company works both with local partners and over 100 suppliers from Europe and Asia.
magda.purice@business-review.ro