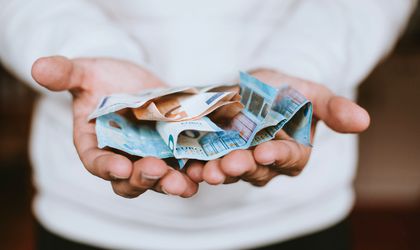 This article will explore the opportunities for investing during a recession with a focus on the European Union.

There are a couple of different ways to think about a recession. The first, and most commonly used definition, is two consecutive quarters of a decrease in GDP. GDP, which stands for Gross Domestic Product, is a measure of economic activity which stands for the total value of goods and services (‘output’) produced in a country.

A recession is typically temporary and not a severe economic contraction lasting many years (depression).

A ‘technical recession’ is a very short-lived economic contraction which is barely noticeable to most people but fits the definition of a recession. This occurs when there are two consecutive months of negative GDP growth but without any severe impact on the broader economy.

The last significant recession before the Covid Crisis in 2020 was caused by a number of factors, including the subprime mortgage crisis and the resulting financial crisis that lasted from 2008-2010. The recession had a number of negative impacts on the economy, including job losses, reduced consumer spending, and increased debt levels.

Is the EU headed for a recession?

The Eurozone is most likely in a recession, based on Purchasing Managers’ Index (PMI) readings; The Index showed a worsening cost of living crisis and a pessimistic outlook that is preventing consumers from spending.

Inflation in Europe has reached a record 10.7%. Officials are facing hard choices in how to respond.

Despite the European Central Bank increasing interest rates rapidly, more than half of the 19 Eurozone countries see consumer prices rising by double digits.

The ECB president, Christine Lagarde said that she was ‘concerned about a looming recession’ across the 19-member currency bloc, but that she would nonetheless pledge to bring inflation back down to 2%. This serves as a strong signal that future rate rises would be muted.

A recession in the EU can differ country by country

The EU is a single market with over 500 million consumers, ranging from very large countries (Germany, France) to countries with significantly smaller populations (Estonia, Baltic countries), but it is not a country or federation per se.

The EU is organised as a single market with a currency union and a single central bank. The EU has a centralised decision-making process, while each country has their national government.

GDP growth rates vary country by country: Ireland is growing by more than 11 per cent, and Estonia is close to a recession, only growing by 0.6% (June 2022).

Insofar, the EU is not a homogeneous economy. In case the EU is to enter a recession in 2023, which according to 60 per cent of polled economists, is looking more and more likely, it will affect different countries differently. This may present opportunities to invest in countries which are hit hardest.

Where to invest during a recession

Building an optimal portfolio is science itself; it is good to combine different assets with different risk characteristics to offset significant losses, for e.g. stocks with more conservative assets such as bonds, and add alternative ones on top, e.g. real estate and investment funds.

During a recession, it is possible to start building a portfolio in traditional assets such as stocks, ETFs and mutual funds at depressed pricing.

The risk of investing in these assets during a recession may be slightly higher because the volatility of prices is elevated. These assets are more volatile because they are sensitive to economic conditions, such as declining company profits, lower demand and operational leverage on a company level. Prices may fluctuate heavily before becoming more stable once the economy recovers.

Low asset prices present an opportunity to purchase more assets than usual. Over time, as the economy improves, the prices of assets are expected to rebound. This rebound may help investors recoup any losses that were experienced during the recession.

However, it is important to remember that past performance is not necessarily indicative of future results.

Bonds can be another option to invest in during a recession. While there are no guarantees in investing, bonds are conservative and do not fluctuate in price as much as stocks. This makes them a more stable investment, which is especially appealing during a recession.

Bonds also offer investors a way to receive a regular income, as the issuer pays regular interest payments at fixed intervals, usually every six months. When the bond matures, you will receive your original investment back.

However, investing in bonds also carries risks, which are:

While normally, investors needed a large amount of capital to invest in alternative asset classes such as Hedge Funds and real estate, over the last years, a number of alternative assets have become available to a larger pool of investors. FinTech companies have started to make such assets accessible through crowdfunding, limited liability partnerships and other legal structures, mostly through loans.

Some examples of such providers include:

According to the latest economic indicators published and the comments by the European Central Bank, it is likely that Europe will be heading for a recession in 2023.

However, a recession may present an opportunity to build an investment portfolio at depressed asset prices.

Nevertheless, there is always the potential for losses, even if asset prices are depressed due to a recession. Asset prices are also affected by a variety of factors, some of which may be difficult to predict and may also decline during periods of economic growth.

For this reason, any investor should consult with a financial advisor to determine the best investment strategy for their individual circumstances.