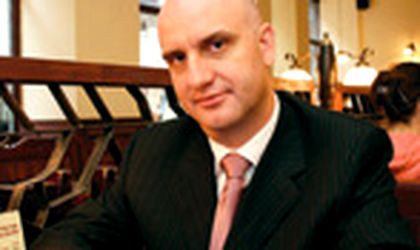 About EUR 1 million will be put into the renovation and modernization of the building. “The project is in the phase of receiving permits but it should be opened in the first half of 2008,” Petrescu said.
The second hotel will be located in Predeal on a 2,500-sqm plot acquired by the company several years ago. Works on the building are should start this autumn and the opening is scheduled for the summer of 2008. “The hotel in Predeal will have a capacity of around 100 rooms and we'll put between EUR 2 and 2.4 million into building it,” added Petrescu.
The company's other projects include the opening of four restaurants and two cafes in 2008, while two more cafes and restaurants will be opened by the end of the year.
“The local restaurant market is underdeveloped compared to the number of inhabitants in Bucharest and the rest of the country. We expect in the next few years to see lots of mergers and acquisitions on the market between local and international players,” Petrescu added. The best locations are already taken, so if international restaurant chains want to enter the market they would rather make some acquisitions.
“We have already received buying offers for our business, but I cannot say more about this as the discussions are still in the first phase,” said the CEO.
Next year Petrescu is considering starting a new business, in the field of events organizing, to cope with the demand from restaurant customers.