Citizenship-by-Investment: What is it? (Plus the US Visa Waiver Program Exemption) 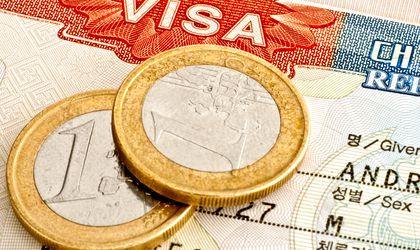 For decades now, many countries have been practicing the act of passport sale in return for economic developments. This scheme, labelled citizenship-by-investment, is an attempt by these countries to encourage investors to come and invest in their economies. The belief is that potential investors with the capacity to facilitate economic growth are more likely to be drawn by the allure of dual citizenship than any other business-related benefits.

Intriguingly, this has proven to be true as investors worldwide have started flocking into these golden visa countries to take advantage of this opportunity.

The US hasn’t expressed its displeasure toward this act until now. However, in the wake of the Russia-Ukraine standoff, it seems the attention of the United States has been drawn.

In a recent statement made by US congressmen, it’s clear the US has reservations about ‘golden visas.’ And now, it appears the country will be cutting off golden visa countries from its Visa Waiver Program – aka, ESTA USA. 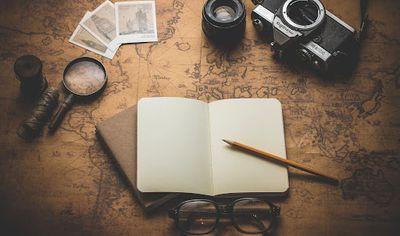 Read more about
Citizenship by Investment: The Leading Economic Stimulus in the Covid-19 Post-Pandemic
read more

What are golden visas?

In simple terms, a golden visa is a form of citizenship offered to an individual in exchange for bringing economic benefits to a region. Right now, golden visas are provided by countries across many continents globally. However, the concept is most predominant in Europe. Talk about countries like Malta, Romania, Spain, Belgium, Greece, and many others.

An excellent example of a golden visa situation is when an Asian investor gets offered a Turkish investor visa in exchange for investing significantly in the country.

For countries issuing golden visas, the rationale behind the concept is that citizenship is but a small price to pay to bring socio-economic developments to a region.

An in-depth review of the concept of golden visas: The pros and the cons

As earlier described, a golden visa is a citizenship-by-investment program coordinated by countries around the world in an attempt to facilitate economic growth in their region.

Who can enjoy a golden visa opportunity?

Any wealthy foreign national can be granted a golden visa in a golden visa country. With a golden visa, such individuals and their family members are granted indefinite residence permits in the country for as long as their investment holds.

What are the criteria for obtaining a golden visa?

The first and the primary criterion is that the individual must launch and maintain a certain amount of investment in the country. After that, some countries require that you stay up to five or ten years in their country before being considered for permanent residency or citizenship-by-investment.

The following are the countries in Europe offering golden visa opportunities.

While we won’t touch upon all the countries and their golden visa requirements, we’ll give you a quick overview of the requirements for the top five countries. You can look up other countries that interest you.

The package is extended to all family members

Allows you to live in Spain. And after five years grants you permanent residence and citizenship in ten years.

Citizenship opens doors to special visa-free authorizations like the USA ESTA – a program that allows you to enter the US without applying for a visa.

The package is extended to all family members

The package is extended to all family members, including your parents (if they’re still alive).

The financial criteria for Cyprus’s golden visa are a bit on the high end. You must invest up to €2,000,000. Also, you must donate €75k to the Cyprio R&D fund. And finally, you will have to donate €75k to the Land Development Organization.

You can gain citizenship in less than six months if your meet the above financial criteria.

ESTA and Golden visa countries: Which countries are on the ESTA list?

Before being eligible to submit an ESTA application, an applicant must be a citizen of a country on the US VWP. Luckily, with the golden visa scheme, many foreign nationals who aren’t citizens of countries on the US ESTA VWP can enjoy this benefit, too.

Below are the names of countries on this list.

Find out whether you’re qualified to visit the US using an ESTA application. Suppose you aren’t, no problem. Look at which country’s citizenship-by-investment program looks achievable to you, and start building your portfolio today.