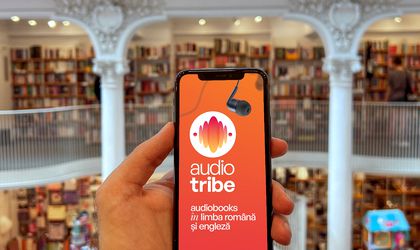 The leading Romanian bookshop chain, Cărturești, has announced its partnership with AudioTribe – the first Romanian audiobook platform, which offers audiobooks both in Romanian and in English – by investing EUR 450.000 in the company, one year after it was launched on the Romanian market.

The audiobook market has enjoyed accelerated growth across the globe and digital audiobooks narrated in the Romanian language only appeared in Romania in 2021 following the launch of AudioTribe.ro in August of last year (initially named Echo Audiobooks).

Partnering with the leading publishers on the market, AudioTribe has sold over 25.000 audiobooks from its launch and it has expanded its portfolio that now features over 15.000 audiobooks in Romanian and English. At a time when the cost of paper and printing is on the rise, doubling or even tripling in the last months, publishers see the investment in audio assets as a strategic shift on the market – some publishers produce up to 10 audiobooks per month, with considerable investments.

”We are excited to officially join a project we have followed and supported from the beginning. At Cărturești, we have always built experiences around the world of our readers, listening to feedback and shaping our offer based on the interests, requirements and dreams of those who visit our bookstores. We believe AudioTribe brings forward a much needed development in the book market ecosystem. In our busy day to day lives, the possibility of listening to a book while commuting, cooking or jogging in the park sometimes means doubling or even tripling the number of books we read in a month. This is beneficial for readers first and foremost, but also for authors, publishers and generally speaking, the entire book industry. The more people we can bring closer to books – in print or audio – the closer we are to our mission to transform Romania through reading”, says Șerban Radu, co-founder Cărturești. 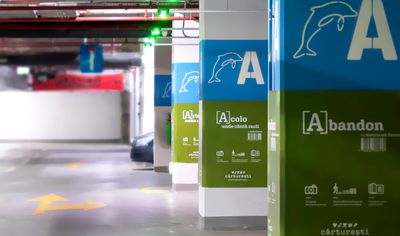 The Cărturești Investment Will Bring Bestsellers to AudioTribe’s Exclusive Portfolio

Busy months lay ahead for AudioTribe.

”Our focus is on acquiring and distributing premium audiobooks and offering them exclusively to our listeners through our credit based system. We plan to double our Romanian audiobook portfolio, and we will expand the English list from 15.000 to 60.000 audiobooks in the coming year. The investment of our strategic partner, Cărturești, is a confirmation that we are on the right path, and their support helps us grow together the largest audiobook portfolio of a Romanian service”, says Radu Nicolau, co-founder AudioTribe.

The development plans for the start-up also consists of investments in new studios – the accelerated pace of production can no longer be sustained by the 4 studios it owns –, developing a chapter-by-chapter listening feature and the expansion of the portfolio by introducing podcasts to the platform. One of the priorities will continue to be enhancing the user’s experience by developing the features of the service.

”We received a lot of feedback from tribers, the name we gave to our listeners – positive and constructive. One of the most beloved features is the option to download the audiobook securely in the app and listen to it anywhere, without mobile data or needing mobile reception”, continues Radu Nicolau.

The Audiobook Market in Romania: Top Audiobooks and the Profile of the Listener

During the past year, personal development audiobooks have been highly sought after, followed closely by SF series, thrillers and crime. The Romanian top is led by Atomic Habits, James Clear’s international bestseller (with over 7 million copies sold globally), followed by Tată bogat tată sărac (Rich Dad Poor Dad) and Începe cu de ce (Start with Why). The English top is led by Sapiens and Homo Deus, the world phenomenon series from Yuval Harrari.

Audiobooks narrated by famous actors where also a hit on the platform: Dune, read by Andi Vasluianu (one of the most praised narrators in the reviews), Acolo unde cântă racii (Where the Crawdads Sing), a highly descriptive book read by Adriana Muraru, now turned into global blockbuster, and the Clubul Crimelor de Joi series (The Thursday Murder Club).

About 60% of the listeners are women, contrary to the trend on other international markets, where most listeners are men. The average listening time is estimated at around 7.2 hours of listening per month. Most listeners manage to finish one audiobook each month and continue their subscription even after the 30-day free trial offered by AudioTribe.

For one audiobook per month, which can mean up to 20 hours of listening, the prices start from EUR 6.99, or about RON 35 per month.

AudioTribe continues its mission to encourage Romanians to experience the great wonder of audiobooks – the reason behind our 30-day trial when anyone can listen and download offline, securely in the app, up to 3 audiobooks for free. The experience starts with an account created on the www.audiotribe.ro website.

AudioTribe is available throughout Europe, with the exception of Cyprus, Malta, The Northen Ireland and the United Kingdom.