BR Exclusive. Blamed in their own country, Romanians living abroad are the largest capital investors in Romania and added 2 pct to GDP in 2017 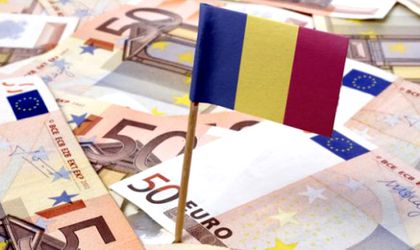 The three millions Romanians living abroad, recently blamed in their own country for being “beggars, thieves and prostitutes”, are by far the largest source of capital investment in Romania and contributed to around 2 percent to the GDP last year, according to Business Review calculations based on official data.

In 2017, Romanians living abroad sent to their families at home USD 4.299 billion, a record high number, up 23.2 percent compared with 2016, due mainly to stronger growth and employment prospects in source countries, according to World Bank’s latest figures, based on IMF balance of payments data.

World Bank series show Romanians living abroad sent USD 22.2 billion in Romania during the last ten years (2008-2017), equivalent to around 10 percent of the GDP in 2017.

In Europe, Romania was the third largest remittance recipient in 2017, after Russia and Ukraine.

Romania is in the middle of a fierce debate regarding the role of its large diaspora in the development of the country.

These people are regularly sending money to their families in Romania, and these hard currency amounts are used to buy products, to build homes and to make businesses.

At a larger scale, the remittances are used to keep Romania’s balance of payments – largely on deficit – in a safe position and to prevent the depreciation of the RON.

But some in the country are accusing the diaspora as being cut from Romanian reality or being too much involved in domestic affairs without living in the country.

The debate has reached a peak these days as a large protest of Romanians living abroad against the government is announced in Bucharest on August 10.

A manager of a state institution in Vrancea county (one of the poorest in Romania) has even claimed on Facebook that Romanians living abroad who are coming to protest are “beggars, thieves and prostitutes”, according to Adevarul.ro.

The manager is receiving a monthly wage of EUR 1,500- three times the national average – from taxpayers’ money.

This kind of mentality is largely spread in some parts of the population, but blamed by other Romanians.

Despite critics, official data show that Romanians living abroad are an important part of Romania’s economy and play a key role as capital supplier.