BR Analysis: Romania’s economic slowdown in Q1 due mainly to base effect, but weaker consumer confidence may have played key role 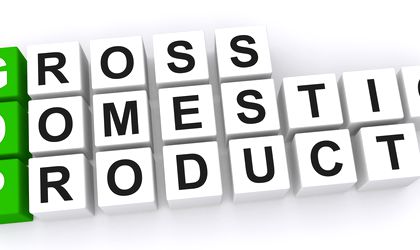 Romania’s economy showed the first signs of slowdown in the first quarter of this year, as GDP remained flat compared with the fourth quarter of 2017, and experts say the numbers were mainly influenced by the high basis for comparison, but also by lower consumer confidence, affecting retail sales, as well as by the bad weather in March.

Earlier on Tuesday, a flash estimate by the National Institute of Statistics (INS) showed that Romania’s GDP, the index widely used to measure the size of national economies, remained flat in the first quarter of this year compared with the fourth quarter of 2017, the weakest pace in one and a half years.

Economists say the base effect is the main reason for the economic slowdown in Q1 2018.

“The basis for comparison is very high for Romania this year, because we had an economic growth rate of almost 7 percent last year and a record agricultural production,” Horia Braun, chief-economist at BCR, told Business Review.

But most economists had expected an economic slowdown in Romania in 2018, as many signs accumulated during the last months.

“We have had a decline in consumer confidence since the second half of last year, which has an effect on retail sales. Moreover, bad weather in March has affected construction and, perhaps, retail sales as well,” Braun indicates.

Official data showed that retail sales, a key index of consumer market, rose by 3.4 percent year-on-year in March, the slowest pace since May 2015, due mainly to a decline of fuel sales.

In the first quarter, the retail trade growth rate slowed down to 6.4 percent, from 6.9 percent in January-March 2017.

The slow pace of retail trade in March was due to a sharp decline of motor fuels sales, by 7.1 percent compared with March 2017.

But excise revenue grew by only 3 percent year-on-year in the first quarter of this year, despite strong car sales during the last months, as drivers reduced their fuel spending.

In spite of this slower pace, Romania ranks fifth among the 28 EU member states in terms of GDP year-on-year growth rate in Q1 2018.

According to Eurostat, the highest growth rates year-on-year in seasonally adjusted series were recorded in the first quarter of 2018 in Latvia (5.2 percent), Poland (4.9 percent), Hungary (4.7 percent), the Czech Republic (4.5 percent), Romania (4.2 percent) and Cyprus (3.8 percent).

Read more about
GDP grew by 2.4 percent in the first quarter of the years compared to Q1 2019
read more

For eight out of 28 EU member states there is no available data for GDP growth rates in Q1 2018.

But the countries with the highest growth rates in the EU are exactly Romania’s main competitors in the region, and this evolution could indicate a competitiveness problem.

Many analysts are already betting on GDP growth rates between 4 and 5 percent in Romania this year, lower than the government’s forecast of 6.1 percent.

But Romania’s economy is losing steam since the beginning of this year, after several years of high growth rates.

The growth rate recorded in 2017 is the highest since 2008 for Romania, and the highest in EU.

INS data show that household final consumption expenditure, the index measuring what people – acting either individually or collectively – spend on goods and services to satisfy their needs and wants, rose 10.2 percent in 2017 compared to the previous year.

The impressive GDP growth rate recorded in 2017 was mainly due to the increase in agricultural production, with 18.3 percent compared to 2016, in information and communications sector (+10.9 pct), in professional, scientific and technical activities (+9.9 pct) and in wholesale and retail, repair of vehicles, transport, storage hotels and restaurants (+8.2 pct).

Construction was the only sector in Romania which declined in 2017, with 0.6 percent compared to the previous year.

Official data confirm Romania’s GDP was larger in 2017 than Greece’s GDP, estimated at EUR 177.7 billion, for the first time since the 1970s and ranked 16th among the 28 EU member states.

But Romania is still the second-poorest EU country if we look at the more relevant GDP/capita index, with around EUR 9,500 per inhabitant in 2017.