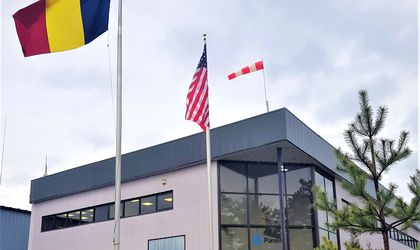 One of the most important foreign investors in Brasov county is the company Purolite, an American company with a chemical profile, producing pharmaceutical resins and special resins used in “Life Science” applications. With industrial operations spanning across several countries, it has been operating in Victoria City, Brasov County, since 1997, where it is currently trying to build a wastewater treatment plant of the last generation, which would allow a significant economic development in the area.

In April 2018, Purolite SRL signed a contract with a world leader in the field of wastewater treatment technology, WABAG, for the construction of a wastewater treatment plant worth 40,000,000 RON in the city of Victoria. The treatment plant itself will generate 30 jobs, reduce the impact of the industry on the environment, and create the necessary conditions for a significant increase in production and the number of jobs.

After two years of collaboration with officials from the local and county administration, the project has not gone far and is in danger.

Expecting that officials from the local administration, county and central offices will greet the new investment and development of the activity in the area, Purolite initiated the authorization process in May 2018. Twenty-two months later, not only did it not start construction, but local disputes over land, errors in the system, and political indifference endanger the entire project.

Jacob Brodie, Vice President of Purolite Company, contacted local and county officials at the end of 2018 when the company’s employees failed to obtain the initial opinions. “During the last two years, I met with each official representative of the authorities and each department of approval, both from Brasov and Victoria, to explain our mission and to obtain the necessary support for this project.

Although everyone agrees that the project is important, even vital to the local community, no one is able to provide a clear path to finalization “explains Mr. Brodie as he prepares for the 7th trip to Romania in the last 18 months. “Purolite has been operating successfully for 25 years in Romania and has become one of the top investors in the country in time. It would be painful if the bureaucracy and indifference forced us to stop the activity, “says Mr. Brodie.

Victoria is a small town with 5000 inhabitants. As Viromet, the largest employer in the area, went into insolvency, Purolite became the main employer in the area. Even in these conditions, the company Viromet by providing services to Purolite, finances its 300 jobs with the funds received from the American company.

If the local authorities are not involved in solving urbanism problems so that the Purolite company starts the development project, it will be forced to relocate its production to one of its other units in the UK and China, thus affecting – in a negative and dramatic way the employment rate in Victoria, the taxes collected by the Victoria City Hall, as well as private investment projects in the local community, which will lead to significant financial losses for the City of Victoria as well as for the neighboring localities. Also, the loss of a major international investor due to the lack of involvement of the local authorities will mean an extremely negative signal for any other investor, both nationally and internationally, who will have the courage to venture to invest in this area.

Purolite has been operating in Victoria City for 25 years and currently has 285 local employees. Also, through the payments made for various services, Purolite supports another 300 jobs of the company Viromet, currently in insolvency. Other private companies, suppliers of products and services to Purolite operations in Victoria, also benefit from the economic opportunities offered by this company in the region.

The products manufactured by Purolite within its Victoria factory have applicability in various industrial fields, of which we list only a few: the pharmaceutical industry, the decontamination of groundwater, the generation of electricity, the manufacture of steel, the purification of surface waters.

The active involvement of the local administration leaders, including the city of Victoria, the neighboring localities and the regional administration of Brasov, in partnership with the central administration in Bucharest, in solving such a sensitive issue for the local community and convincing the foreign investor to continue the economic development in the area, would be a real political, economic and administrative achievement which will certainly not go unnoticed by the national and even international business community, and even more so by the voters in this country.