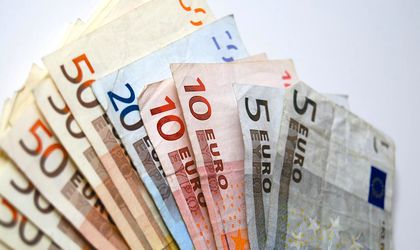 The world’s richest 500 people lost Wednesday USD 99 billion after the Wall Street turmoil expanded globally, Bloomberg reports. This is the second significant decline in a single day in 2018, the previous one being recorded in February, when the S&P 500 on the Wall Street Stock Exchange entered a correction territory, recording a 10 percent decline over the high January, and rising fears of a long turbulence, as happened after the 2008 financial crisis.

Amazon founder Jeff Bezos lost USD 9.1 billion after online retailer shares recorded the most significant decline in the past two years. He remains first in the top luck of the world’s luckiest people, with a net fortune of USD 145.2 billion.

The richest European, Bernard Arnault, lost USD 4.5 billion, remaining with a fortune of USD 66.9 billion. The actions of his luxury empire – LVMH – the world’s largest luxury goods group – which also owns Louis Vuitton, Guerlain and Givenchy – dropped significantly after the company confirmed that the Chinese state tightened border controls. As a result of the stock market turmoil, Arnault lost more than half of the earnings this year. On Friday, he lost USD 3.5 billion after rumors of tightening border controls, action to reduce unauthorized imports.

In total, 17 people lost more than one billion dollars. The most affected were US billionaires, they lost USD 54.5 billion, more than any other country included in the Bloomberg Billionaires index.

The Wall Street Stock Exchange closed Wednesday’s session down sharply, with the most significant decline in the past eight months, investors worrying about rising US bond interest rates and slowing the global economy. And the European stock markets opened about 1.5 percent on Thursday.

Asia’s stock markets also posted the most significant decline in the past 19 months on Thursday amid rising investors’ aversion to Wall Street and Wall Street drops.

The MSCI index, which monitors Asia-Pacific markets, excluding Japan, recorded a decline of 3.38 percent, while the Hong Kong Stock Exchange closed its first trading session on Thursday with 3.76 percent, and the stock markets in Japan and South Korea registered significant declines of over 3 percent.

Ten-year US bond yields have risen above 3 percent and the International Monetary Fund has worsened the global economy growth forecast to 3.7 percent in 2018 and 2019, citing increased risks as a result of escalating trade tensions and high levels of debt. IMF General Manager Christine Lagarde warned that stock market values ​​are “extremely high”, causing panic among investors who have rushed to sell their shares.