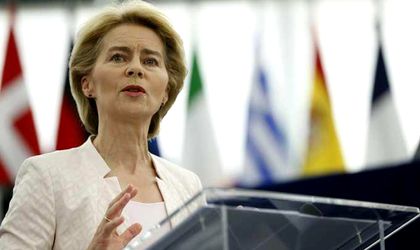 German defence minister Ursula von der Leyen has been elected president of the European Commission by the European Parliament.  She will be the Commission’s first female president and the first German to lead the institution in over 50 years.

She was elected by a narrow margin of 383 to 327 votes, with only nine votes over the 374 she needed to win. Von der Leyen will take over the role from Jean-Claude Juncker on November 1, the day after the UK’s new Brexit deadline, which she has said she would extend again if there were a good reason.

Ursula von der Leyen is 60 years old, was born in Brussels and has seven children. She has been criticised as defence minister in Germany for the mismanagement of the resources provided to the armed forces.

Her nomination came as a surprise after several days of tense negotiations among the European political groups, neither of which had won a majority in May’s European elections.

Von der Leyen’s narrow win in Tuesday’s vote may prove problematic later on, as she received the support of Eurosceptic and right-wing MEPs while she was not backed by the Greens and the Socialists, which means that she may have issues passing legislation through the European Parliament.

In her speech ahead of the vote, trying to get the support of the Socialists, she committed to full gender equality, an EU guarantee of free healthcare and education for all children, an EU-wide minimum wage, and a fund to support national welfare systems in the case of an economic crisis. She also attempted to win over the Greens by committing to a far-reaching environmental programme that would allow Europe to become the first carbon-neutral continent.