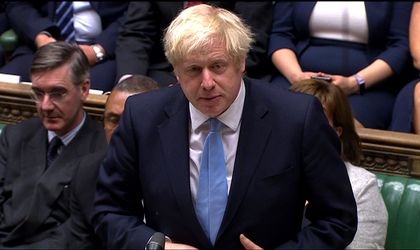 The UK Parliament has rejected PM Boris Johnson’s call for a snap election for the second time just before its five-week suspension begins, the BBC reports.

The early election would have needed a two-thirds majority (434 votes), but there were only 293 votes in favour.

Opposition MPs said that they would only support an October general election if a law blocking no-deal Brexit were implemented first.

The law passed Parliament and was granted royal assent on Monday, and it requires the PM to seek a new delay to Brexit unless he can secure a deal by October 19.

However, Boris Johnson continues to insist that he will not delay Brexit any further as the government is trying to find ways of getting around the new legislation.

Johnson also said that the government would use the five-week Parliament suspension to try to negotiate a deal with the EU, but at the same time be preparing to leave without a deal.

EU and UK leaders will meet on October 17 for a final Council before the current Brexit deadline.