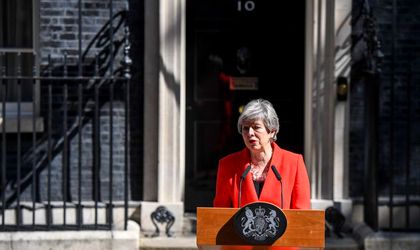 UK Prime Minister Theresa May made an emotional statement on Thursday morning in which she announced that she would be stepping down as PM and Conservative party leader on June 7.

May’s resignation comes after a failed attempt on her part to convince MPs to back a refreshed 10-point Brexit plan and a new high-level resignation from her government.

The announcement will trigger the start of a contest for a new leadership of the party. Former foreign secretary Boris Johnson has been named by the press as May’s most likely successor, but that remains to be seen as other Tory figures have announced that they would run for the position.

May said that she had done her best to deliver Brexit and that failure to do so was a matter of deep regret. She was the prime minister for three years, during which she struggled to reach a consensus on Brexit with both Brussels and her own cabinet and MPs.

“Ever since I first stepped through the door behind me as prime minister I have striven to make the United Kingdom a country that works not just for the privileged few but for everyone, and to honor the result of the referendum,” May said.