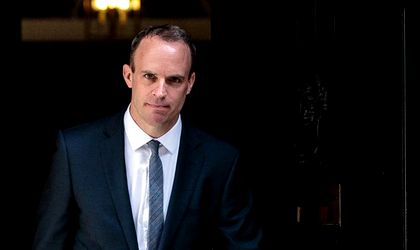 “I cannot reconcile the terms of the proposed deal with the promises we made to the country in our manifesto at the last election. This is, at its heart, a matter of public trust,” Raab said after his resignation.

Theresa May announced last night that her cabinet would back the draft Brexit deal the UK and the EU have agreed upon.

Several members of the cabinet disagreed with the plan, but May managed to persuade the group of ministers after a five-hour meeting at 10 Downing Street.

The draft will also need to be approved by the UK Parliament, and that is expected to be a much more challenging mission as many Conservative MPs will likely oppose the deal. Journalists have reported that some Brexiteer lawmakers were so enraged by May’s plan that they might call for a vote of no confidence in the Parliament.