The price for extending computers life: 15-month term in prison 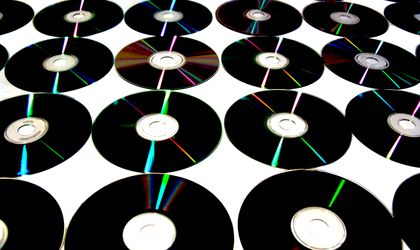 Recycling and reusing are two strong words that are becoming, step-by-step, a new religion. It is our duty to stop using all earth resources and, putting aside pollution, this means that we should use what we have for more time. Repairing, that is. Or buying used goods that other people don’t need anymore.

But this comes in contradiction with marketing and modern economy. Marketing is all about shortening the life cycle of a product so we would buy more and the factory would produce more. Pretty much the same with economy where everything is supposed to grow and not even stagnation is not ok.

One way or another people will find the best way to fight marketing and bad products. And one good example for that is a Southern Californian man who built a business out of recycling electronic waste but may go to prison for that, according to Los Angeles Times.

Eric Lundgren, 33, is an innovator in the field of electronic waste, using discarded parts to do things such as construct an electric car. He built the “electronic hybrid recycling” facility in U.S., where they turn discarded cellphones and other electronics into functional devices, slowing the stream or harmful chemicals and metals into landfills and environment. His company, IT Asset Partners, processes over 41 million pounds of waste every year.

But one of his projects was to manufacture “restore discs”, that can restore Windows software to a hard drive that crashed or it must be erased. PC producers usually provides this discs that already have a license for the Windows operating system with the license that covers the computer for its entire life. Unfortunately computer owners often lose or throw away the discs and even if the operating system can be downloaded free on a licensed computer, many people didn’t feel competent to do that.

This is where Lundgren come in and provides the disc to computer refurbishing shops for about 25 cents apiece and the user would be able to keep their computer going the next time a problem occurred. Lundgren had 28,000 discs made and shipped them from China to a shop in Florida. But in 2012, U.S. Customs seized a shipment of discs and began investigating, so the discs were never sold. The Florida broker, offered to buy the discs himself as a part of a government sting, according to Lundgren, and paid USD 3,400 for them.

Both were indicted on a charge of conspiracy to traffic in counterfeit goods and criminal copyright infringement. While Wolff made a plea deal and got a sentence of six months of home arrest, Lundgren pleaded guilty but argued that the value of the discs was zero, so there was no harm to anyone. Neither Microsoft or any computer manufacturer sell restore discs, they just supply them free with new computers and make the software available for free online. And the restore discs can be used on licensed computers.

Federal prosecutors valued, initially, the discs at USD 299 each, the price of a brand new Windows operating system, so Lundgren was indicted for an alleged cost of USD 8.3 million in lost sales. Later on, Microsoft expert witness and even a Microsoft letter to the judge reduced the value to USD 25 per disc, the cost that Microsoft charged refurbishers for the discs.

Nevertheless, Microsoft lawyer wrote to the judge that the sales of counterfeit displaced company’s potential sales of genuine operating system. Lundgren’s discs were intended only for computers that already had licenses that can be seen on certificate of authenticity placed usually on the back of the computer. Even if the expert witnesses declared that there is no value without the previous license, the judge decided that Lundgren’s discs had a value of USD 700,000 and that amount qualified him for a 15-month term in prison along with a USD 50,000 fine.

Lundgren might appeal to the U.S Supreme Court but that would be a costly long shot.

“I am going to prison, and I’ve accepted it,” declared Lundgren. “What I’m not OK with is people not understanding why I’m going to prison. Hopefully my story can shine some light on the e-waste epidemic we have in the United States, how wasteful we are. At what point do people stand up and say something? I didn’t say something, I just did it.”

The case sets a precedent for Microsoft and other software producers to pursue criminal cases against those seeking to extend the lifespan of computers. It is a win for marketing and for those wishing computers and any electronic devices to have a lifespan of no more than a couple of years and being forced to buy a new one right after. Hopefully it is just a battle, it is not the war that is won by marketing.