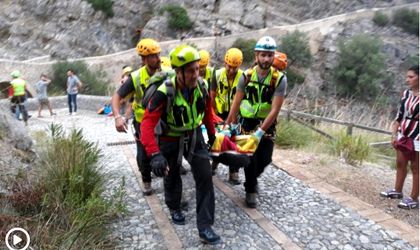 Heavy rain flooded a gorge filled with hikers in the southern Italian region of Calabria, with 10 people confirmed dead, while five are missing, according to Sky TG24.

The Romanian Ministry of Foreign Affairs (MAE) said that no Romanian citizen was identified among the victims.

The gorge on the eastern side of the Pollino National Park boasts aquatic trekking along the stream that cuts through the massive rock, where hikers pass by water falls, water tubs and natural slipways, according to a website quoted by Washington Post.

The Italian Civil Protection agency said that 11 people have been recovered and five of them have sustained serious injuries.

“The problem is we don’t know how many people were knocked over by this flood,” Carlo Tansi, the head of civil protection in Calabria, told Sky TG24. “This is a split in the terrain that is very tight and high.”