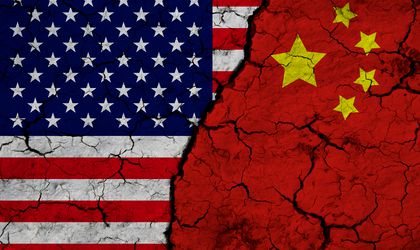 In June, a new effect of the US-China trade war was felt in Romania when the agreement to build two additional units at the Cernavoda nuclear plant with a Chinese partner was cancelled by state-owned company Nuclearelectrica, due to pressures made by its main shareholder – the Economy Ministry. But this is just one chapter of a larger story.

Two other sectors are also involved in this war and influenced by the US-Romanian strategic partnership and the US-China long-term geopolitical rivalry: 5G networks, with Huawei almost excluded from the planned tender in Romania, and infrastructure, with Chinese firms losing one contract after another.

A new type of cold war

Most analysts think that the US and China are heading into a new type of cold war that could be more challenging for the world compared to the geopolitical contest that started between the United States and the Soviet Union at the end of World War II.

“The level of trust between China and the US is at its lowest point since diplomatic ties were first established in 1979,” says Wang Huiyao, president of the Center for China and Globalization, a non-government think tank in Beijing, cited by Financial Times.

In fact, this new era of geopolitical rivalry differ in important ways from the US-Soviet Union tensions between 1947 and 1991.

The US-USSR conflict was not economic, but ideological in nature, and direct military conflict between the two main nuclear powers was avoided through proxy wars. The war was divided into two major camps which included the allies of the two major geopolitical players. This kind of two-sided game is still considered plausible by some analysts in the case of the Washington-Beijing cold war, but the risk is somehow mitigated by the existence of a large group of regional powers that dislike the idea of being forced to choose one side over the other.

However, many analysts underline the risk that many aspects of globalisation could be stopped and that the global system may be broken into two parts. In such a scenario, global growth could slow down and small powers and developing countries would have to side with one of the two camps. Contrary to the old cold war, the new rivalry is also associated with a high level of economic inter-dependency between the US and China. This makes things complicated both for the two rivals as well as for their strategic allies. In the last two decades, Romania emerged as a strategic ally of the US in Europe.

The US-Romania strategic partnership, which was mainly based on military aspects during the last decades, seemed to be boosted last year when Romanian president Klaus Iohannis had a meeting at the White House with US president Donald Trump. The discussion was focused around ways to advance and expand the strategic partnership. At the end of the meeting, Klaus Iohannis and Donald Trump made a joint statement.

More importantly, during the visit, a Memorandum of Agreement was signed by the two governments regarding 5G technology, “taking into account the importance of securing the fifth generation wireless communication networks in order to ensure prosperity, as well as national security,” according to a press release by the Romanian presidency.

Even though Romanian officials refrained themselves from talking about specific companies or countries targeted by this memorandum, American officials spoke openly about an anti-Chinese agenda. “Romania is committed to working with the United States to combat the cybersecurity threats posed by Chinese vendors in 5G networks,” the White House said in a press release on August 20, 2019.

The first effect of the memorandum was quickly seen in Romania: the postponement of the 5G network tender. The head of the telecom regulator in Romania (ANCOM), Sorin Grindeanu, explained the decision citing the need to transpose the memorandum into national regulation. Romanian authorities avoided naming a specific company in the context of the memorandum, but experts say that China’s Huawei is the prime target. However, the memorandum also creates some difficulties for Romania and for other American allies in Europe.

“It is about time but also about money – the delayed installation of new 5G networks involves much higher costs. In Europe alone, we are talking about EUR 55 billion. Europe seems to have problems adopting the new technology, and it is behind the US and even some Asian countries, such as South Korea. Banning Huawei equipment will only increase these gaps,” explains Nicolae Oaca, a local telecom expert.

The problem, for Romania and other European countries, is that there is not much competition among 5G network suppliers and Huawei has managed to become a key player on the market. As a consequence, the 5G tender in Romania has already been postponed three times and the current planned term is in the last quarter of 2020.

The joint statement signed by the US and Romanian presidents also stressed the importance of cooperation in nuclear energy.

“Both of us, President Trump and myself, believe that civil nuclear technology, that is, nuclear stations, have an interesting potential for the region and we have expertise with Cernavoda, where Units 1 and 2 are operational, and we surely have a chance to develop here,” Klaus Iohannis said at the end of his visit in Washington.

Even without mentioning it, the statement openly targeted the agreement between Romanian state-owned company Nuclearelectrica and Chinese firm China General Nuclear Power Group (CGN) to build two new units at Cernavoda. The Economy Ministry, which owns around 82.5 percent of  Nuclearelectrica, issued a clear mandate to the company on June 15 to terminate the agreement with China’s CGN – and the company took the necessary steps to do so.

It is not yet clear what the next steps could be. The Romanian president suggested in August 2019 some form of cooperation in developing nuclear energy in Romania, but without getting into too much detail.

“President Trump is very interested in new sources of energy being developed, such as those in the Black Sea, which is particularly important for us too. We are both also paying close attention to civil nuclear technology and we hope good, important solutions will be found for Romania, which is for sure capable of becoming an energy provider in the region,” Iohannis said.

At this moment, the only certainty is that Chinese firms are excluded from Romania’s nuclear sector but it is not clear who (if anyone) will replace them.

Chinese firms are also interested in road infrastructure projects in Romania, but they haven’t had much success so far. As Romania accelerates its motorway, expressway, and rail infrastructure using EU funds, many foreign companies are competing to gain access to this promising local market. Some Chinese companies have submitted bids to infrastructure tenders in Romania in recent years but none of them have won a single contract so far. Even if infrastructure is not a major subject of the US-Romanian partnership, there is clear interest regarding critical transport infrastructure for military deployment. Romania hosts two key military bases with American personnel – Deveselu and Mihail Kogalniceanu – and US military personnel is also present in some other areas of the country. Airports and the Constanta port are of major interest for the military partnership, but rails and roads are also critical for NATO at this frontier of the alliance.

However, Chinese expertise in building roads may prove useful enough to Bucharest as it tries to boost major infrastructure projects this year. Many of these projects are not seen as strategic from a military perspective but are critical for the country’s development. Such a Chinese company, China Railway, has submitted a bid to build section 4 of Sibiu-Pitesti motorway – a difficult mountain road project. If it wins the contract, it could be the first major Chinese project in Romania.