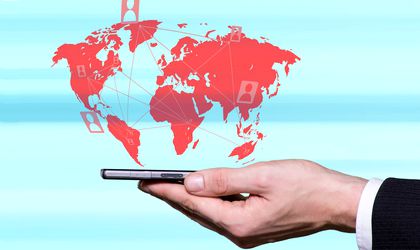 Romanians will continue to benefit from roaming at national rates in the UK and Gibraltar at least until April 12, 2019, and the evolution of the Brexit negotiations will clarify what is to happen after that date, according to a press release from the Authority National Authority for Communications Administration and Regulation (ANCOM).

From June 15, 2017, providers are automatically required to apply the Roam like at home European Roaming Regulation to all EU / EEA roaming tariff plans.

Thus, customers of mobile operators in Romania can use national voice, SMS and data resources in the EU Member States, Norway, Iceland and Liechtenstein. Roam like at home also applies to certain remote European territories, namely French Guyana, the islands of Guadeloupe, Martinique, Mayotte, Reunion, Saint-Martin (only the part of the island belonging to France), the Azores, Madeira and the Canary Islands in the Lland Islands, and at least until 12 April 2019 in Gibraltar.

The ‘Roam like at home’ European regulation applies in Great Britain and Gibraltar at least until April 12, 2019.

According to ANCOM, the evolution of the Brexit talks will clarify what is going to happen after this date, with several possible scenarios. If Britain comes out of the European Union without any agreement, the European Roam like at home regulation will cease to apply in the UK and Gibraltar. Users of Romania who intend to travel to the UK or Gibraltar are advised to inform themselves from their own suppliers or on the ANCOM website about the applicability of ‘Roam like at home’ in the case of these destinations.