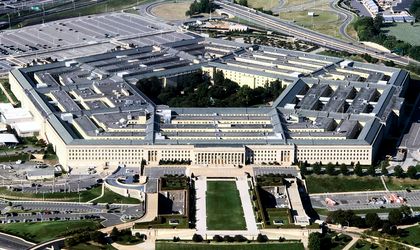 The U.S. military is increasing spending on a secret research effort to use artificial intelligence to help anticipate the launch of a nuclear-capable missile, as well as track and target mobile launchers in North Korea and elsewhere, according to Bloomberg.

The effort has gone largely unreported, and the few publicly available details about it are buried under a layer of near impenetrable jargon in the latest Pentagon budget. But U.S. officials familiar with the research told Reuters there are multiple classified programs now under way to explore how to develop AI-driven systems to better protect the United States against a potential nuclear missile strike.

If the research is successful, such computer systems would be able to think for themselves, scouring huge amounts of data, including satellite imagery, with a speed and accuracy beyond the capability of humans, to look for signs of preparations for a missile launch, according to more than half a dozen sources. The sources included U.S. officials, who spoke on condition of anonymity because the research is classified.

Forewarned, the U.S. government would be able to pursue diplomatic options or, in the case of an imminent attack, the military would have more time to try to destroy the missiles before they were launched, or try to intercept them.

“We should be doing everything in our power to find that missile before they launch it and make it increasingly harder to get it off (the ground),” one of the officials said.

The Trump administration has proposed more than tripling funding in next year’s budget to $83 million for just one of the AI-driven missile programs, according to several U.S. officials and budget documents. The boost in funding has not been previously reported.

While the amount is still relatively small, it is one indicator of the growing importance of the research on AI-powered anti-missile systems at a time when the United States faces a more militarily assertive Russia and a significant nuclear weapons threat from long-time foe North Korea.