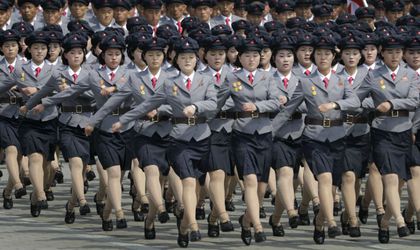 Dozens of women who fled the North Korean regime say abuse from officials, police and even prosecutors is part of daily life.

According to The Guardian, many women in North Korea expressed a sense that the abuse they endured was so normalised almost no one thought to file a complaint against the perpetrators.  Women in North Korea are routinely subjected to sexual violence by government officials, prison guards, interrogators, police, prosecutors, and soldiers, according to a new report, with groping and unwanted advances a part of daily life for women working in the country’s burgeoning black markets.

The widespread nature of abuse by North Korea officials was documented in a new report by Human Rights Watch that interviewed 54 people who fled North Korea since 2011, the year Kim Jong-un came to power. It took more than two years amass the stories collected in the report, with subjects interviewed in countries across Asia.

Men in power operate with impunity and “when a guard or police officer picks a woman, she has no choice but to comply with any demands he makes, whether for sex, money, or other favours”, the report said.

It happens so often nobody thinks it is a big deal.

But women remain particularly vulnerable in a country where the police, market inspectors and soldiers are predominantly male. While Kim has pledged to focus more on developing North Korea’s economy, the black markets that have become a vital source of income for many families are one place where sexual violence is rampant.

Many women expressed a sense that the abuse they endured was so normalised almost no one thought to file a complaint against the perpetrators. Only one woman reported her case to the police, with others saying the police would not have acted.

Many women are sexually assaulted after they are caught trying to cross into China, for work or sometimes to flee the North.

North Korea attempts to portray itself as a socialist paradise free of crime, and in a submission to the UN last year said only five people were convicted of rape in 2015 and seven in 2011.

But the Human Right Watch report paints a different picture. Eight women who were former prisoners described experiencing “sexual, verbal, and physical abuse” at the hands of authorities.

”After this report, North Korea can’t say sexual violence doesn’t exist, so they have to either change their tune or fix the problem, ”said Kenneth Roth, the executive director of Human Rights Watch.

The issue is discussed so little in North Korea that researchers found that concepts such as domestic violence and sexual violence had no clear definition. The Korean language in the North relies on a host of euphemisms that often downplay the severity of the act.