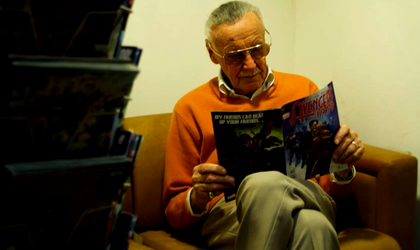 American writer and former president of Marvel Comics Stan Lee has died at the age of 95. In 1961, Lee created The Fantastic Four for Marvel Comics, and went on to create titles including Spider-Man and The Incredible Hulk.

The legendary comic book author died at Cedars Sinai Medical Center in Los Angeles, according to a family lawyer.

Lee was born in 1922 to working-class Jewish immigrants from Romania.

He practically created new legends to replace the obsolete old ones.

He began working at the comics section of Timely Publications – a company that would eventually transform into Marvel Comics – and became comics editor there at age 18. For years Stan Lee wrote only simple comics focusing on crime stories, horrors and westerns aimed at young readers.

At age 40, Lee decided to give up on comics. But his wife Joan urged him to create the characters he always wanted to write as his comic swansong. And in 1961, Lee and artist Jack Kirby created the Fantastic Four – compelling characters with individual personalities and relatable problems.

Many Marvel characters were groundbreaking at the time. For example, Black Panther was the first black superhero featured in a mainstream US comic. Other characters he created include the Silver Surfer, the X-Men, Iron Man and Doctor Strange.

Lee was also known for giving artists their due credit. In its heyday, Marvel sold 50 million copies a year. Until he retired from editing in 1971, Lee wrote all the copy for Marvel’s covers.