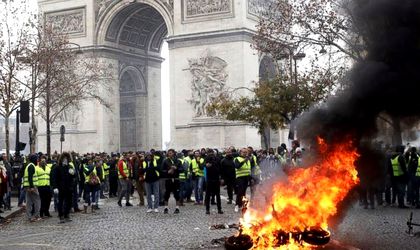 The French government is about to suspend their planned fuel tax increase after weeks of violent protests, in a move that will mark a major U-turn by president Emmanuel Macron after only 18 months in office.

Prime Minister Edouard Philippe announced that the plans to increase three taxes on fuel will be suspended for a six-month period starting January 1, as a response to nationwide protest against high pump prices and living costs.

“This anger, you’d have to be deaf or blind not to see it or hear it. The French who have donned yellow vests want taxes to drop and work to pay. That’s also what we want. If I didn’t manage to explain it, if the ruling majority didn’t manage to convince the French, then something must change,” said Philippe.

The “yellow vest” revolt took Macron by surprise when it erupted on November 17. The president is facing a huge drop in popularity over his economic reforms, which are seen as favoring the wealthy.

The protests also hit the economy – hotel reservations were down, retailers suffered and investors were worried.