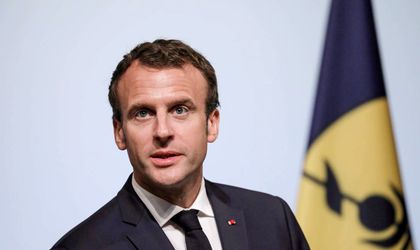 French president Emmanuel Macron made a televised address to the public on Monday evening, promising measures like a minimum wage increase and tax cuts after weeks of violent protests.

Yellow vest protests have been going on for about a month across France, sparked by plans for a fuel tax increase, but also extending to other issues related to living costs for the working and middle class in the country.

President Macron has frequently been criticised for being out of touch and not listening to the issues of regular people.

In his address, Macron condemned the violence, but also said that the protesters’ anger was “in many ways legitimate.” He added that there were “many people whose status in society had not been sufficiently well recognised” and pledged to meet with mayors across the country to have “unprecedented debate.”

“I assume my share of the situation – I may have given you the feeling I have other concerns and priorities. I know some of you have been hurt by my words,” he said.

The president promised that the minimum wage would increase by EUR 100 per month in 2019 (or 7 percent), that a planned tax increase for low-income pensioners would be cancelled, overtime pay would no longer be taxed, and encouraged business owners to pay their employees a tax-free bonus at the end of the year.

However, Macron said he wouldn’t reinstate a tax on the wealthy, as he believes it would weaken the creation of jobs.