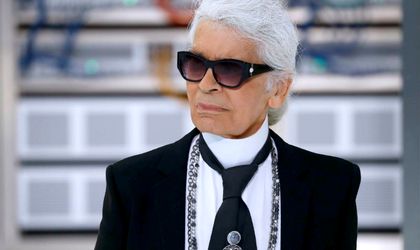 Karl Lagerfeld, one of the most prolific designer of the last decades died in Paris at 85. His death was announced by Chanel.

“More than anyone I know, he represents the soul of fashion: restless, forward-looking and voraciously attentive to our changing culture,” said Anna Wintour, editor at American Vogue, about Karl Lagerfeld when presenting him with the Outstanding Achievement Award, cited by The New York Times.

He became creative director of Chanel in 1983 and, later, founder of his own line. In the 80s he design 14 new collections a year ranging from couture to the high street. Among others, he attracted Rihanna, Princess Caroline of Monaco, Christine Lagarde and Julianne Moore.

His image remains the one with dark-glasses, powdered ponytail, black jeans, fingerless gloves, starched collars and an obsessive Diet Coke consumption. He created a new kind of designer: the shape-shifter.

His quotations were collected in a book “The World According to Karl”, in 2013. Among those, stayed in the memory of the public “Sweatpants are a sign of defeat” or “I’m very much down to earth. Just not this earth.”

Karl-Otto Lagerfeld was born in Hamburg in 1935. At the age 18 he entered a fashion competition called the International Wool Secretariat and won the coat category. His wealth was estimated at USD 125 million in 2012.