How did the crisis affect the countries of Southeast Europe and what are the prospects for their recovery? 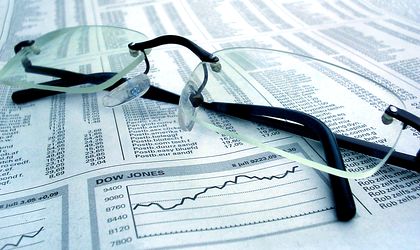 What is the impact of the COVID-19 crisis on the healthcare systems and economies of the 11 countries of Southeast Europe and what are the prospects for their recovery? This is the subject that examines the latest analysis of SeeNews – the leading business platform in the region.

Given the ever-changing and unpredictable environment, the analysis is currently a snapshot of the situation and provides a forecast based on the recovery measures taken so far in the 11 countries.

The data show that the countries from the SEE region have several advantages in the face of the incoming economic crisis. First, most countries had low public debt levels at the moment when the state of emergency was announced. This in turn gave local governments the opportunity to implement comprehensive economic measures to support businesses and individuals without putting too much pressure on sovereign debts. On the healthcare side, most countries in SEE acted decisively and swiftly at the onset of the pandemic, imposing strict containment measures. Infection rates across the region were far below global levels at the time when countries across the globe started reopening their economies. It remains to be seen whether these initial gains will be wiped out given the new spikes in cases in several SEE countries.

Along with its strengths, at the beginning of the crisis the region was prone to some risks as well. The majority of countries in the region rely heavily on sectors which we called “losing sectors” for the purpose of this report – these are the industries that are expected to bear the brunt of the economic crisis brought about by COVID-19. There are, of course, sectors that will emerge as “winners” but most of them currently represent too small a share of SEE economies’ gross added value (GVA) to make a difference and counterbalance the negative effects in a meaningful way. This disproportion between losing and winning sectors makes the SEE region especially susceptible to sectoral risks and some economies are inevitably facing employment shocks as well as fiscal risks stemming from diminishing taxes. The analysis shows that, according to forecasts, currently only 7 out of the 11 SEE countries will be able next year to restore GDP levels from 2019. 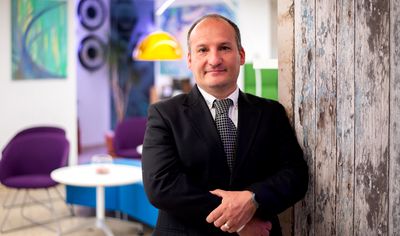 Romania’s labour market is one of the best positioned in the whole SEE region due to the extremely low unemployment rate prior to the onset of COVID-19. As a consequence of this nearly full employment, however, the impact of the pandemic will be harder to be made up for and the unemployment figures, although still one of the lowest in SEE, will not return to its 2019 level by the end of 2021. The country is also among those not expected to be able to fully recover their GDP levels in 2021.

Thanks to its strong agricultural sector, Albania is the best performer amongst all 11 economies covered in the report in terms of opportunities to mitigate the impact of the economic crisis induced by the pandemic. On the weak side, the package of measures announced by the government in relation to the crisis equals 2.8% of GDP – one of the lowest ratios in the whole SEE region.

Bosnia and Herzegovina was among the medium performers in the initially imposed containment measures related to the COVID-19 pandemic. When it comes to economic activity, the Bosnian economy is at a medium risk of not being able to recover its GDP to pre-pandemic levels in 2021. An interesting fact is that during the lockdown months it was the country with the second lowest drop in industrial output.

Bulgaria is among the countries in Southeast Europe that have a medium risk of GDP recovery to its pre-pandemic levels in 2021. One of the aggravating factors in this direction is the country’s dependence on exports. Bulgaria has the second highest ratio of exports to GDP in 2019 (after Slovenia). Given the unpredictability in the development of the pandemic, the uncertainty in the distribution channels and the possibility of a sudden cessation of trade are an extreme risk for the economy. The amount of fiscal and monetary measures to reduce the negative effects of the crisis amounted to 10.7% of GDP, which ranks the country third in the region after Slovenia and Serbia. It is important to note that some of these measures are aimed at strengthening the banking system and not at directly stimulating the economy.

Croatia was among top performers in the initially imposed containment measures related to the COVID-19 pandemic and boasted the lowest infection rate in SEE mid-June, positioning the country in a favourable position even after cases started rising again across the region in the last few weeks. While it is among the few countries expected to not be able to recover their GDP to pre-pandemic levels in 2021, the labour market should be able to largely return to pre-pandemic levels in that year, with an expected unemployment rate of 8%.

Kosovo was among the medium performers in the initially imposed containment measures related to the COVID-19 pandemic. The initial economic measures package announced by the government was lagging behind most countries in the SEE region with a ratio of 2.8% of the country’s latest annual GDP. On the upside, the country is among the few expected to be able to recover their GDP in 2021 and return to its 2019 level.

Moldova is one of the two countries in SEE (along with Albania) which are in a favourable position in terms of opportunities to mitigate the impact of the economic crisis induced by the pandemic, thanks to its strong agriculture sector. However, Moldova is the second worst positioned SEE country in the COVID-19 crisis in terms of risk exposure measured by the share of private consumption and gross capital formation in the economy.

The analysis shows that Montenegro is expected to be one of the SEE countries worst hit by the recession caused by COVID-19, both in terms of strength and duration and it is unlikely to recover its GDP to pre-pandemic levels in 2021.  Additionally, the initial fiscal stimulus package is low compared with the regional and European benchmarks and the lack of interest rate cuts could also hamper the fast recovery of investment and consumption. However, the government’s reaction to the crisis is graded positively in the areas of monetary policy, sector-specific measures, SME support, and employment protection.

North Macedonia is the lowest performer in the SEE region in terms of initial containment of the COVID-19 pandemic. Its infection rate was above the global average even in mid-June, before new spikes in cases started to occur across the region. The country has medium exposure to projected losses from the sectors most vulnerable to the COVID-19 pandemic.

While Serbia should see its GDP recover in 2021, the country is at a high risk of  losses from the sectors most vulnerable to the COVID-19 pandemic. Additionally, it is one of the three countries whose exposure to falling taxes revenue is high as these same sectors generate more than half of all taxes paid in the country.

Slovenia’s initial economic package in response to the crisis represents 13,4% of GDP, ranking it first in the SEE region. The government hopes that these measures will manage to mitigate the impact of the crisis as initial projections put the country among those that will not recover its GDP to pre-pandemic levels in 2021. Nevertheless, Slovenia is the least exposed to GDP shocks coming from private consumption and gross capital expenditures. These two components formed only 52% of GDP in 2019, giving the country enough leeway in the face of the pandemic.