How Big Is the Global Ammunition Market? 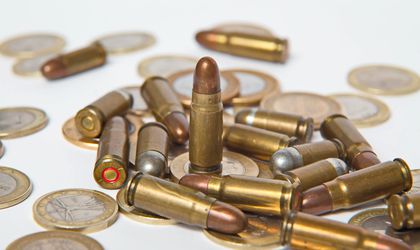 There is a lot of growth potential for the businesses that are already involved in firearm manufacturing and those thinking of entering the space. It is a very big market already and it is poised to become even bigger.

The global ammunition market is huge. In 2020 it was worth 10760 million USD. The market is growing rapidly every year because of many factors, such as increased procurement by the military, security forces, and the threat of terrorist activities worldwide. There have been hundreds of incidents of shooting and terrorist attacks globally in the last decade. According to estimates, the market worth is expected to reach USD 28.37 billion approximately by 2028, which is a compound annual growth of 3.6%.

This is very good news for firearm manufacturing as there is no dearth in demand. Those into manufacturing already can think of expanding their capacities and investors can consider putting in their money. The returns are likely to be very good. Investing in the firearm and ammunition industry makes a lot of sense.

Why Is the Ammunition Market Growing?

Analysts working at Research Dive have carried out a detailed analysis of the present state of the ammunition market and its projected growth in the next few years. The researchers have noted that border security forces, defense forces, and the local enforcement agencies are all asking for more ammunition due to geopolitical tensions.

For example, there is a big demand from the Indian Army as it tries to modernize the country’s defense. There is also expected to be increased demand from the Middle East over the next few years.

Civilians and the homeland security department are also asking for more small-caliber projectiles, which is driving the market.

Ammunition Industry in the US

As of 2021, the US guns and ammunition industry is worth $18.4 billion. Overall, North America has the highest market share of 33.3%, with the US making up a major chunk of this. In the US, the market size has grown by an average of 5.7% a year from 2017 to 2022. It has grown faster than the manufacturing sector and the overall economy. Most of this demand comes from the US military’s purchase of advanced weapons. North America and the US, both are expected to lead this growth in the near future.

The US Department of Defense is the single largest purchaser. The department is increasing the allocation for higher caliber items, fueled by the increasing budget of other countries, geopolitical tensions, regional conflicts, and the fears of terrorism.

Every year, on average, Americans purchase 12 billion rounds of ammunition, which makes the country the world’s biggest ammo buyer. Many civilians too like to stock up, in case there is scarcity later.

Ammunition can be stocked online too, from websites like Tela-Impex LLC where the ammo is available from many top manufacturers. Security agencies can build up their business by stocking up from the website.

Businesses can consider setting up an ammunition facility or increasing the production of the existing ones by investing more money. Sales and revenues are sure to grow, thanks to the increased allocation for defense items, and increased demand, not just from within the country but from other places as well.

Takeovers are also happening in the ammo space as more and more ammunition manufacturers are looking for opportunities.

For example, Remington Ammunition of Lonoke, Arkansas, was acquired by Vista Outdoor recently. Vista, a prominent firearms industry, invested more money to scale up production. Hundreds of new jobs were created. Fiocchi of America also set up a new manufacturing unit in 2020 at Little Rock. They invested $15 million for this.

Nighthawk Custom and American Marksman both expanded their facilities, while Elite Performance Ammunition relocated their plant so that they could boost up productions.

The US has many of the world’s top ammunition businesses making the country a leader in the firearm and ammunition industry. Northrop Grumman, Olin Corporation, FN Herstal, Ruag Ammotec AG, Nammo, Nexter, Poongsan Defense, BAE Systems, General Dynamics, Leonardo, Bazalt, and Raytheon are some of the biggest names in the ammunition market.

Manufacturers from other countries too can set up plants to meet the growing demand because the ammo stock forecast is extremely favorable. Not only is there a huge demand now, but it is likely to keep going up over the next few years, and possibly, even decades.

Ammo manufacturers take note of this opportunity. There is significant demand despite the COVID-19 pandemic.