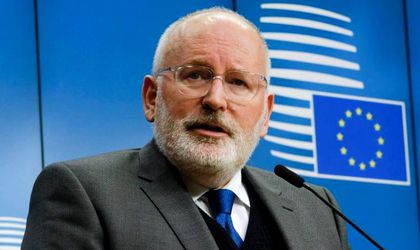 Frans Timmermans, the First Vice President of the European Commission, has won the backing of the German Socialists and support from parties across the EU for an upcoming run for the Commission’s top job, currently held by Jean-Claude Juncker, Politico EU reports.

In a letter, German Social Democratic Party leader Andrea Nahles declared her support for Timmermans to be the candidate of the Party of European Socialists (PES) in the upcoming European election.

To be nominated, the candidate must have the backing of their national party and eight other PES member parties, and he seems to have obtained this support. However, Timmermans has not officially confirmed the news.

Last month, Commission Vice President Maros Sefcovic announced he would also seek the PES nomination. According to the Lisbon Treaty, the bloc’s national leaders will meet after the May 2019 election to propose their candidate to Parliament based on the results of the vote. The candidate belonging to the party that gets the most votes is recommended to the European Parliament for confirmation as Commission president.

According to Politico, some view Timmermans as a weak candidate because he comes from a party that is not in power and lost significant votes in the last national election.

Socialist parties have until October 18 to submit candidates. The PES lead candidate will be officially named at the PES congress in December.