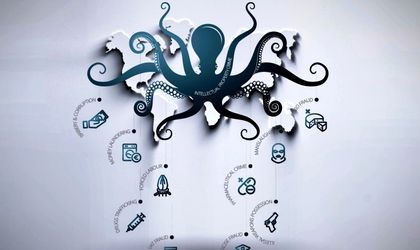 The economic and social damage caused by counterfeiting deprives governments of revenue and can support serious crime like drug trafficking and money laundering, according to a new report released today by the European Union Intellectual Property Office (EUIPO).

The report estimates that governments across the EU lose up to RON 68.4 billion per year in total due to the presence of counterfeit goods in the marketplace, through reduced direct and indirect taxes, as well as social security contributions that are not paid by illegal manufacturers.

In addition, counterfeiting means the EU loses approximately RON 86.6 billion of sales in the cosmetics and personal care sector, the wine and spirits sector, the pharmaceutical sector and the toys and games sector, according to the EUIPO’s estimation. Counterfeits do not undergo the same stringent testing as genuine goods to make sure they are safe for people to consume or use.

Lost sales in the cosmetics and personal care sector in particular have increased by over RON 11.6 billion since the last such analysis was published by the EUIPO in 2019; the highest increase across the sectors studied. Approximately 14.1 percent of the cosmetic and personal care sector’s sales (RON 43.9 billion) is lost annually across the EU due to the presence of counterfeit products. In Romania, this figure amounts to 19.8 percent, which is equivalent to sales revenue of RON 602 million lost each year, an increase of RON 295 million since the last estimate.

Analysis by the EUIPO shows that 97 percent of recorded dangerous counterfeit goods were assessed as posing a serious risk to consumers. Most of the goods in question were destined for children, and were either toys, childcare items or children’s clothing.

”Counterfeiting is not a victimless crime. Fake products take sales away from legitimate businesses, and deprive governments of much-needed revenue. They carry clear health and safety risks for those who use them. But as our joint work with Europol shows, the proceeds from counterfeiting can also support serious organised crime. To fully tackle this, concerted international action is needed at all levels,” said The Executive Director of the EUIPO, Christian Archambeau.

The estimates are contained in the 2020 Status Report on IPR Infringement, which brings together the EUIPO’s reporting work on intellectual property at EU and global level, including the findings of investigations carried out with the Organisation for Economic Cooperation and Development (OECD) and the European Patent Office (EPO).

The EUIPO is a decentralised agency of the EU, based in Alicante, Spain. It manages the registration of the European Union trade mark (EUTM) and the registered Community design (RCD), both of which provide intellectual property protection in all EU Member States. The EUIPO also carries out cooperation activities with the national and regional Intellectual Property offices of the EU.