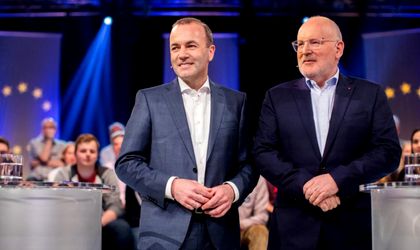 To be appointed, the next Commission president needs the support of at least 72 percent of the 28 member states, who must represent at least 65 percent of the EU population.

Dutch socialist candidate Frans Timmermans was deemed as the favourite to win the presidency of the EU executive body, replacing Jean-Claude Juncker, but he faced strong opposition from states in eastern Europe and the center-right European People’s Party (EPP) bloc, which is the largest group but does not hold a majority.

But since no new name emerged from all-night negotiations headed by Donald Tusk, Timmermans remains the most likely winner, according to Reuters.

The summit is the third attempt to fill the top post at the EU. The plan to give the job to Timmermans came from leaders of France, Germany, Spain and the Netherlands after the G20 summit in Japan, as it was clear that the EPP’s candidate Manfred Weber could not gain enough support.

The plan involves giving the EPP a couple of less influential jobs in exchange for the Commission, but no everyone agrees.

“The vast majority of EPP prime ministers don’t believe that we should give up the presidency quite so easily, without a fight,” Ireland’s center-right Prime Minister Leo Varadkar told reporters.