Erdogan says Turkey will boycott US electronics: “If they have iPhones, there is Samsung on the other side” 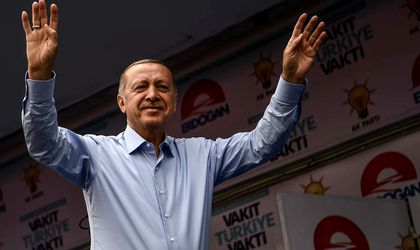 Turkish president Tayyip Erdogan said on Tuesday that his country will boycott electronic products from the United States, retaliating in a dispute with Washington, according to Reuters.

“Together with our people, we will stand decisively against the dollar, forex prices, inflation and interest rates. We will protect our economic independence by being tight-knit together,” Erdogan told members of his AK Party.

“We will impose a boycott on US electronic products. If they have iPhones, there is Samsung on the other side, and we have our own Vestel (a Turkish electronics company) here,” he said.

The Turkish lira has lost more than 40 percent this year and crashed to an all-time low of 7.24 to the dollar on Monday, hit by worries over Erdogan’s calls for lower interest rates and worsening ties with the United States.

On Tuesday, the lira recovered some ground, trading at 6.53 to the dollar, up 5 percent from Monday.

The currency was supported by news of a planned conference call in which the finance minister will seek to reassure investors concerned by Erdogan’s control of the economy.

Erdogan says Turkey is the target of an economic war, and has made repeated calls for Turks to sell their dollars and euros to shore up the national currency.

The United States has imposed sanctions on two Turkish ministers over the trial on terrorism charges of a US evangelical pastor in Turkey, and last week Washington raised tariffs on Turkish metal exports.