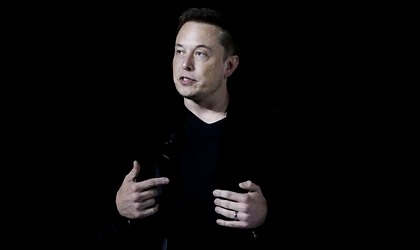 Elon Musk must step down as Tesla chairman and pay a fine of USD 20 million after reaching a deal with US regulators over tweets he posted about taking the firm private.

Under the deal, Elon Musk will remain as Tesla CEO but has to step down as chairman for three years. More than that, both he and Tesla will also have to pay a USD 20 million fine.

The fraud allegation of The Securities and Exchange Commission (SEC) relates to his August tweet in which said he was considering taking electric car maker Tesla off the stock market and into private ownership and he had the ”funding secured” for the proposal, which would value Tesla at USD 420 per share.

Elon Musk initially responded to the charges by saying the action was unjustified and that he acted in the best interests of truth, transparency and investors.

Musk has 45 days to leave the chairman position

The deal with SEC includes the fact that Musk will also have to comply with company communications procedures when tweeting about the firm and now he 45 days to leave his role as chairman of Tesla.

The SEC had initially sought to ban Mr Musk from working on the board of any publicly traded company, but under the deal he will now be able to stay on as Tesla’s chief executive officer.

A new independent chairman for the company will be appointed, who will preside over the company’s board, which, in theory, will limit the Musk’s power at Tesla.

Born in South Africa, Elon Musk made millions from online payments firm PayPal before moving on to Tesla and rocket company SpaceX. He is the 25th richest person in the world, according to Forbes, which estimates his net worth to USD 19.7 billion.