China, the seventh trading partner of Romania. Will the Coronavirus affect the economy? 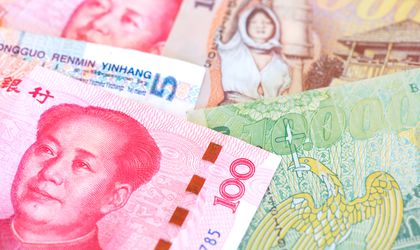 A recent in-depth analysis by KeysFin, takes a look at the impact of the Coronavirus on the national economy and the Romanian-Chinese trade relations. China is the seventh trading partner of Romania and the spread of the coronavirus primarily affects local businesses that import phones, cars and electrical equipment directly from this country, according to estimates by KeysFin analysts. The impact on the economy will be directly proportional to the period necessary to contain the virus.

“Despite the major economic impact in China, significant both at global and local level, we do not believe that it is currently necessary to consider an alarmist scenario. There are previous similar experiences (SARS or ZIKA), so it is important to remember that, when the spread of the virus will be limited, things will return, gradually to normal also in the strongly affected regions, and the normalization of the situation will lead to a resumption of global demand for Chinese products. However, the fact that many international companies rely solely on China in their supply chain should raise questions and make them rethink their strategy in the event of other unforeseen situations that may arise in the future. Locally, the immediate direct impact is not high, precisely because our main imported product categories do not come from China and, in terms of exports, they have a small value, so that their halting or diminishing will not have large immediate effects“, said Roxana Popescu, Managing Director of KeysFin, one of the most important business information solution providers in Romania.

MADE IN CHINA, PURCHASED IN ROMANIA

The trade value (exports plus imports) between Romania and China increased by 13.7% compared to 2017 and doubled from 2008, exceeding 5.1 billion euro in 2018, according to data from the National Institute of Statistics (INS).

The value of imports from China represents only 5.3% of the Romanian imports. China is, however, the fifth source of direct imports of Romania, their value increasing by 16% compared to 2017 and by 83% from 2008, to 4.4 billion euro in 2018. By product category, in first place in the top of Romanian imports from China are the machinery, appliances and electrical equipment and mechanical devices. They totalled 2.3 billion euro in 2018 – accounting for 52% of the total imports from China. The ranking continues with the common metals category (cast iron and steel) and products thereof, worth 365 million-euro, accounting for 8% of total Chinese imported products. In the third place there are the textiles, worth 314 million euro, respectively 7% of the total, fourth is the merchandise (furniture and toys), with a total of 260 million euro, and finally, the optical equipment, cameras, photo and medical-surgical instruments, whose value amounts to 234 million euro (5% of total).

On the other hand, the lowest values ​​of imports from China in 2018, according to the National Institute of Statistics, were recorded by the vegetable products (fruits, seeds, coffee, vegetables), worth 12 million euro, representing only 0, 3% of total imports of Chinese origin, animals and animal products (fish, dairy and meat), amounting to 2.4 million euro or 0.1% of the same total, and fats and oils, of only 1.5 million euro (0.03%).

WE EXPORT 6 TIMES LESS THAN WE IMPORT FROM CHINA

China is the 20th largest market of our country, with a total exported value of 746 million euro in 2018. As a dynamic, according to KeysFin analysts, the advance is over 360% from 2008.

Romanian exports cars, appliances, electrical equipment and mechanical devices (including turbines and engines), worth of 328 million-euro, accounting for 44% of total Romanian exports to China. In the second place come the products made from wood (excluding furniture), worth of 146 million euro, accounting for 20% of the total articles exported to China, and in the third place we find the optical instruments, cameras, photo and medical-surgical equipment, worth of 57.6 million euro, constituting 8% of total. Places four and five are occupied, in this order, by plastics and rubber products, worth 50.4 million euro or 7% of the total and respectively the common metals (copper, cast iron, iron, steel, aluminium) and articles thereof, worth 44 million euro or6% of the total.

THE IMPACT OF DIRECT CHINESE INVESTMENTS IN THE LOCAL ECONOMY

Of the more than 2,200 companies with Chinese shareholders, 2,120 have a direct, majority stake of over 50%, according to the data reported by the companies to the Ministry of Public Finance. The turnover of the directly, mostly Chinese-owned companies, exceeded 1.3 billion lei in 2018.

However, China is not among the largest foreign direct investors in Romania, and the value of Chinese investments was less than 100 million euro in 2018, according to the methodology of the National Bank of Romania (BNR).

THE INDIRECT ECONOMIC IMPACT OF THE CORONAVIRUS, DIFFICULT TO QUANTIFY

According to KeysFin analysts, the indirect impact can become major, even though the trade relations or foreign direct investments seem to be limited and to protect Romania from an economic perspective.

China is the world’s second-largest economy and contributes by 20% to the global GDP, and disruptions in the supply chain are inevitable. Already, over 90% of the largest 1,000 US companies have announced a direct impact on their supply chain.

Once the supply chain is affected, managers look for reliable alternatives of Chinese suppliers and scan companies in Brazil, Mexico, India, Chile or Colombia for electronics, plastics or clothing.

An immediate effect was felt on the Bucharest Stock Exchange, where both trading volumes and marketcap declined in recent days, in the context of major European and US stock markets corrections, based on investor fears about the Coronavirus impact.

Moreover, several international events have been cancelled such as the Mobile World Congress, a global event that was also to be attended by several IT companies in Romania.

On the other hand, the KeysFin analysis mentions that the Chinese economy decelerated before the epidemic, from 7% in 2017 to 6.1% in 2019, estimating that the economic impact of coronavirus (COVID-19) will be directly proportional to the period and the geography of the spread of the virus, most likely between 3 and 5 percentage points.

Note: The KeysFin analysis is based on annual, non-adjusted, aggregated financial data, reported by companies to the Ministry of Finance (at the end of the period) that have direct, majority Chinese-owned (over 50%) capital. The data was extracted in February 2020.