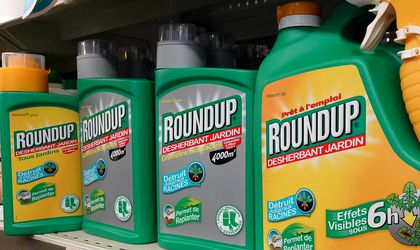 A California jury has decided to award over USD 2 billion in damages to a couple who claimed that weedkiller Roundup, manufactured by German pharmaceutical group Bayer, was responsible for their cancer, the BBC reports.

The jury ruled that the company had acted negligently and failed to properly warn users of the product’s associated risks. This is the third time Bayer has been ordered to pay damages over this product.

Bayer continues to deny allegations and insists Roundup, a product it acquired last year as part of its USD 66 billion takeover of US company Monsanto, is safe to use and that studies have been showing this for decades.

Roundup is a weedkiller based on glyphosate, which was developed by Monstanto in the 1970s and has been one of the most widely used ingredients in weedkillers worldwide.

Plaintiffs Alva and Alberta Pilliod, who are in their 70s, sued the company after they both developed non-Hodgkin’s lymphoma. Bayer said it would appeal the decision, calling it “excessive and unjustifiable”.

Bayer is facing over 13,400 more US lawsuits over the alleged cancer risk associated with the Roundup product.

Baylab brings science to children’s homes as part of the Știința de Acasă...

Boualem Saidi takes the lead as Country Division Head of the Crop Science...