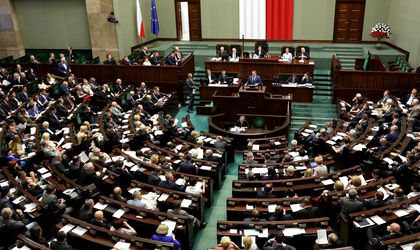 The European Union sued Poland in the EU’s highest court over the changes made to the judiciary system, which violates the independence of the courts. The new Polish law lowers the retirement age of Supreme Court judges from 70 to 65 years, putting 27 out of 72 judges at risk of being forced to retire and their mandates would be prematurely terminated.

“The European Commission maintain that the Polish law on the Supreme Court is incompatible with EU law as it undermines the principle of judicial independence, including the irremovability of the judges,” said the EU’s executive Commission announcing the move, cited by Reuters.

The Commission asked the Luxembourg-based European Court of Justice to suspend the application of the law until it reaches a verdict on the forced retirement of the judges and the appointment of new ones.

Poland was suspended last Monday from the European Network of Councils for the Judiciary, which decided that the Polish council is no longer independent because it is now appointed by politicians. Poland’s situation is similar to that of Hungary, which the European Parliament sanctioned for flouting EU rules on democracy, civil rights and corruption.

Local political analysts says that Romania is in danger of getting the same treatment from EU if the laws regarding judicial amnesty will pass as are now pushed by the president of the ruling party Liviu Dragnea.

State aid: EC adopts Temporary Framework to further support the economy in the...