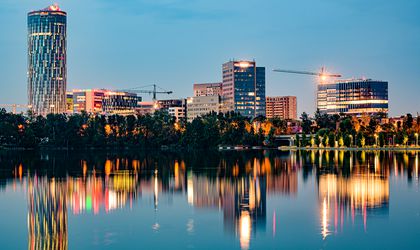 SkyTower, the tallest building in Romania, launches the SkyCreatives program – an open source for young artists who need an iconic location for their artistic and start-up projects.

This is a first step in SkyTower’s strategy to support and develop both artistic and business communities.

Through the SkyCreatives program, SkyTower will facilitate for artists such as photographers, film producers, architects, actors, directors, musicians, dancers etc. access to the 37th floor of the tower that offers a unique 360-degree panorama above the city. For the selected projects, SkyTower will also offer access to the tower’s ground floor Esplanade, that can be used as an open-air location for photo shootings, video shootings, flash mobs, theatre plays, concerts and more.

“SkyTower has been a landmark on the map of the business environment in Bucharest for eight years now, and also a project that has led to major investments and the development of the northern part of the capital. Because we have an iconic building, our team’s desire is to expand our collaborative activities with communities beyond just business. We want to become a source of inspiration for everything that defines a community and, starting now, together with the public, but also with the support of our tenants, we are giving life to the SkyCreatives program & community. We want to inspire and also become a landmark abroad, for the international business environment and tourists, ” said Adriana Dragoescu, CEO of RPHI Romania, owner of SkyTower Building. 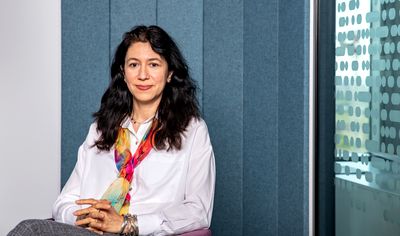 All location support requests for the SkyCreatives program need to be sent, starting with November 1st, to skycreatives@skytower.ro. The access to SkyTower facilities will only be allowed in strict compliance with all necessary health and safety measures.

In addition to these location facilities, SkyCreatives program also consists in opening a permanent collaboration with NGOs for using SkyTower façade lighting to mark symbolic events or social causes through a personalized dynamic display.

The main purpose of SkyCreatives program is to inspire and support both cultural and entrepreneurial communities in Romania, as well as various CSR causes. Especially in these difficult times it is more important than ever to help developing new projects, finalize on-going ones or create public awareness.

SkyCreatives is among the first programs implemented by the new SkyTower management team recently announced by the developer RPHI.

Workspace Studio extends its lease term plus its office space on the 18th...