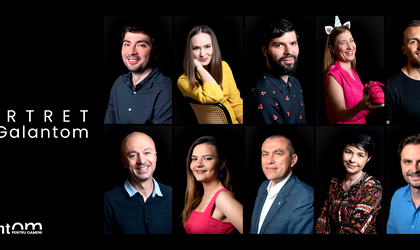 Even though we’ve been through two years of health crisis, and 2022 has begun with a war, good people continue to support those in need. In the first six months of this year 10,707 donations were raised on the Galantom platform, totalling 1,620,231 lei.

Donations were raised in 1,241 individual campaigns initiated by good, gallant people who mobilized their close friends and family for causes they strongly believe in.

Thus, in the first half of the year, 153 NGOs and 279 community projects implemented by them were supported on the Galantom platform, and the largest donation made was worth 15,500 lei.

22% of donations went to projects targeting humanitarian aid. This area was, for the first time in the history of the platform, the most supported in terms of the value of donations made. The 22 projects to support refugees in Ukraine also contributed significantly to the total amount of 482,766 lei raised. At the same time, as a percentage, most donations made on galantom.ro went to health projects (33% of the total number). The most popular way to get involved on the platform remains the birthday donation, with more than 45% of the total amount raised. Those who want to get involved can also do so in other ways such as participating in sporting events, giving up an unhealthy habit or giving away other important events in their lives. 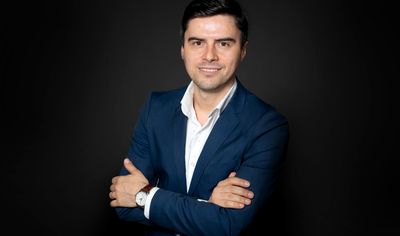 Although the figures still show a notable engagement from Romanians, they are down from the same period in 2021. Thus, the number of donations decreased by 27% and the value of donations by 12%.

“We live in troubled times and we are all experiencing a mental fatigue that makes us much more careful about how we use both our financial resources and our time. This is a normal reaction and a natural response to the challenges of the last few years, which also has the effect of reducing our involvement in supporting social causes. However, there are still many good people who take on the role of gallant even in complicated times, mobilizing their friends and acquaintances for causes close to their hearts. This year we expect to see an increase in the number of „gallanthropists” getting involved through sporting events once they resume due to the lifting of restrictions,” says Andrei Chirtoc, co-founder of One Kind Association and Project Manager galantom.ro.

Starting December 2021, Galantom also has the support of ING Bank, which has decided to join the project in order to contribute to the increasing digitization of donations in Romania. Beyond the development of the platform, ING Bank supports the introduction under the Galantom umbrella of two other components: the development of a donation form for NGO websites and a POS donation app.

“Recent experience, when it comes to involving our customers and colleagues in charitable causes through HomeBank or galantom.ro, has shown us once again that when people have an option at hand to do good, they will not hesitate to do so. Digitizing philanthropy helps build financial health for civil society, but it’s primarily about giving safely and with minimal effort. Digital fundraising helps the donor, but it is also a support for non-governmental organizations, especially in difficult times, as they have an additional means of raising funds to help solve social problems,” Alexandra Maier, Sustainability Manager, ING Bank Romania.