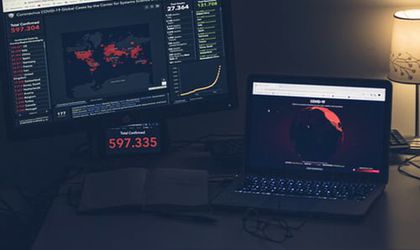 Romania is the first EU country that volunteered to purchase and host, on behalf of the European Union, a stockpile of ventilators, Ursula von der Leyen, the president of the European Commission, told the public television TVR.

The announced was made earlier on Tuesday night by USR PLUS Alliance, mentioning that “The USR PLUS delegation to the European Parliament supported and promoted at the European Union level the creation of a European reserve of medical equipment, which became reality today. The work, started in February through Rapporteur Nicolae Stefanuta on the EU civil protection mechanism, endorsed by Dacian Ciolos and Renew Europe group, pays off for Europe and Romania. Our country has been designated by the European Commission with the task of buying, stocking and distributing medical equipment for the Union countries affected by the COVID-19 crisis.”

A total of 150 ventilators have already been ordered and will reach Romania before being sent to countries that need them, including Spain and in Italy. The reserves will be distributed through a mechanism based on criteria such as: the number of confirmed cases and the capacity of the ICU wards, explained USR PLUS ALLIANCE.

On March 19, the European Commission announced it was creating a strategic stockpile of medical equipment, such as ventilators and protective masks, to help EU countries in the context of the Covid-19 pandemic. The stockpile is to include items such as intensive care medical equipment like ventilators; personal protective equipment such as reusable masks, vaccines and therapeutics; and laboratory supplies.

“We have created a common strategic stockpile of medical equipment of the EU. It is the first time we manage to do this, through the civil protection mechanism, rescEU. We will purchase these supplies with EU money, and send them to the countries that need them most. I am proud and grateful that Romania offered to be the first European country to purchase and host, on behalf of the EU, ventilators. [A total of] 150 ventilators have already been ordered and will reach Romania immediately to be able to send them to countries that need them, of course in Spain and in Italy,” von der Leyen told TVR.