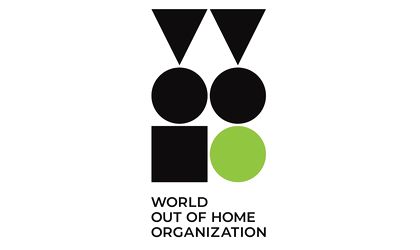 The World Out of Home Organization held its inaugural global conference call for national Out of Home associations on March 27. The conference call included reports on the harrowing effect the Covid-19 virus is having on societies across the world and business – plus welcome news of inspiring social initiatives from various members and evidence of an upturn in China, reported adhugger.net.

Different countries are at different stages with the containment of the virus but, across the board, there has been welcome support from governments for companies and employees although, inevitably, Out of Home has to fight its corner. Support will vary country by country: Dave Roberts of South Africa’s Primedia observed that his hard-pressed government was unlikely to be able to help significantly.

Reductions in business rates have supported retailers in some countries but Out of Home, an important factor on high streets – still has to see a benefit. Landlords, generally, appear to have responded with more flexible terms.

More lobbying is required and Anna Bager, President and CEO of the OAAA in the United States described her association’s determined efforts to find a sympathetic ear in Washington. Government support can take a number of forms, not least government agencies choosing Out of Home as part of their antivirus media programs.

The OAAA is already playing its part by running a major classic and digital OOH campaign for America’s CDC (Centers for Disease Control and Prevention) urging people to stay at home and, if they can’t, keep their distance. Anna Bager told the meeting that creative for this campaign is available free to other associations able to run similar campaigns. Further details are available here.

Similarly, Barry Frey of the US-based Digital Place Based Advertising Association (DPAA) showed his organization’s Wearethecountervirus.com campaign, urging people to stay home. Frey, a New Yorker, likened the current crisis to the awful day of 9/11 which he observed at first hand.

Evidence of recovery came from China, where the virus hit first at the end of 2019. There shops are re-opening and people returning to work. WOO representative Jim Liu reported that OOH spend in China in January was down 90 per cent when full lockdown occurred but then recovered to 40 per cent and then 70 per cent in the two succeeding months and was expected to be back to normal capacity in the months to come.

“We can win if we pull together,” WOO President Tom Goddard says. “National associations working hand in hand is a good place to start the recovery process for the global Out of Home industry.”

The World Out of Home Organization is the only global Out of Home Association, working to promote and improve the OOH industry on behalf of its members. Board members include the major International companies  – JCDecaux and Clear Channel – as well as Ströer, Pikasso, and more recently blowUP media, OUTFRONT Media from the US, oOh!Media from Australia and Selvel One from India.

Membership is open to all companies who operate in the OOH sector and, as a non-profit organization, funds are reinvested in industry issues such as research and the annual international congress. WOO is a member of EASA and ESOMAR in Europe, as well as a founding member of ICAS, and actively works to help the membership with legislation issues within their own countries as well. It also aims to lobby for Out of Home advertising with authorities, international organizations, opinion formers and other elements of the communication media.