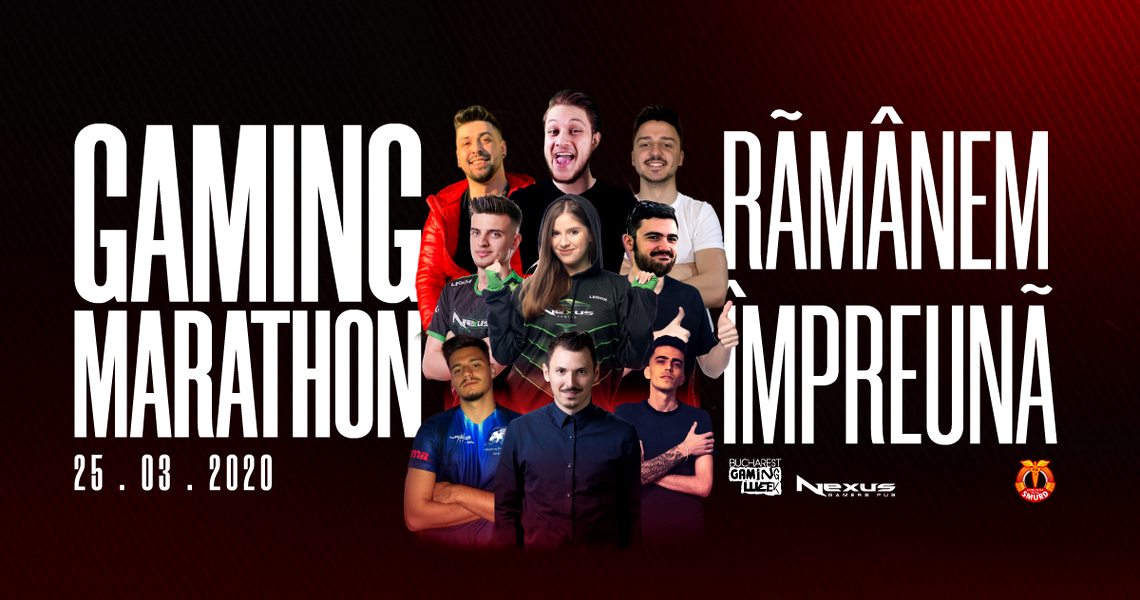 Gamers from all over the country gathered on March 25th on the biggest online platform in order to play and socialize together with some of the most famous Romanian gaming YouTubers, proving therefore that they are part of a big, diverse and united community.

During 12 hours, Gaming Marathon, a Bucharest Gaming Week and Nexus Gaming initiative, gathered on the content creators’ YouTube and Twitch over 150.000 Romanian gamers, surpassing by a lot the daily number of participants of the biggest musical festival in the country.

Gaming Marathon also had a charitable side, the gamers succeeding in raising over USD 10,000, which will go towards the SMURD Foundation in the support of the Romanian medical system, and will be used for buying equipment and supplies in a period when they are greatly needed.