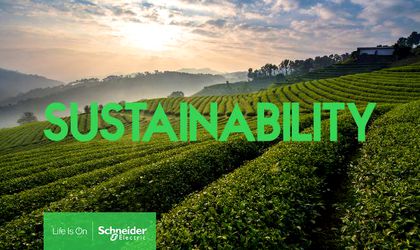 Schneider Electric, the leader in digital transformation of energy management and automation has reached an agreement with Roca Group, a world leader in the design, production and commercialization of products for the bathroom space to define a new roadmap towards decarbonization, establishing a single, global strategy across the Group.

Roca Group operates in 170 countries, owns 85 factories and has a workforce of 24,000 professionals. Tough the company has been actively working on the improvement of its environmental footprint for several years, it has decided to broaden its commitments and to establish a common sustainability policy with the help of Schneider Electric’s new climate change consulting services.

The collaboration between the two partners will consist of three phases. In the first one, Roca Group will work with Schneider Electric to define its vision of the decarbonization process, analyzing the environment and setting new, more ambitious goals. During the second phase, Schneider Electric will study Roca Group’s plants to set commitments to reduce energy consumption and emissions, to implement sustainable energy generation in the factories and to compensate for those emissions that cannot be eliminated.

Finally, during the implementation phase, Roca Group and Schneider Electric will advance in the digitalization of the company’s processes and will proceed to the sensorization of the different production centers to monitor and optimize energy consumption in order to reduce costs and emissions. Schneider Electric will also help Roca Group to define its decarbonization needs so that, with its own resources, the Group can implement projects to reduce emissions and implement sustainable energy.

Roca Group is committed to the Sustainable Development Goals (SDGs) of the United Nations and works to reduce the carbon footprint of its industrial activity, promoting the reduction of water consumption and continuously innovating in the production processes carried out in its plants. The figures back up the Group’s commitment to the environment. The Group cut carbon dioxide emissions by 8% in 2019 compared to the previous year, a figure that escalated to 22% in 2020 due to the company’s efforts and the drop in activity in a pandemic context.

In other areas related to the environment, water consumption in the Group’s plants was cut by 24% last year, and as part of its Zero Waste project, 28% less waste was generated, 71% of which is recoverable in other production processes. In addition, the products that Roca Group designs for the bathroom space incorporate the latest technologies to optimize both energy and water consumption.

Schneider Electric recognized in Corporate Knights’ Global 100 for the 11th year in...