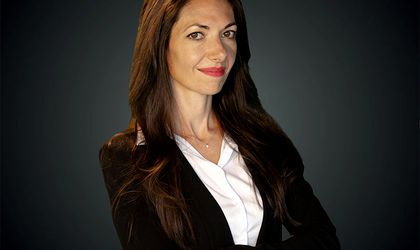 Romania has a high potential of renewable energy sources (RES) distributed on its entire territory. Nevertheless, when selecting the location of a E-RES generation project, multiple criteria must be used such as distance to the grid, availability of grid capacity, absence of technical or urbanism limitations.

In the pursuit of suitable lands, pastures have entered the close attention of developers.

Romania has more than 4 million pastures, many of which strategically located. However, the vast majority of Romanian pastures are extra murros land, which triggers the application of a very strict legal regime. The purpose thereof is to ensure that the total surface of pastures inventoried in July 2007 is not being diminished.

According to Government Emergency Ordinance no. 34/2013 on the organization, administration and operation of permanent pastures and for amending and supplementing the Land Law no. 18/1991 (“Pastures Ordinance”), the pastures located extra murros may be used only for animal grazing and fodder production.

By exception, the extra murros pastures may be used for building specific types of constructions among which the E-RES generation capacities. Nevertheless, the development of E-RES projects on extra-murros pastures is subject to specific mandatory requirements that, in practice, prove to be deadlocks.

According to Pastures Ordinance, such requirements are the following:

On one hand, the 2 conditions seem to overlap. We do not see the rationale for which the E-RES capacities should not affect the good exploitation of the pastures if a corresponding area of non-productive land is to be recovered to account for the respective pasture.

In addition, from a practical perspective, non-productive land is extremely hard to find. As result, considering the big surface of land needed for developing a solar project, the land recovering requirement ultimately makes ineffective the right to develop such projects on pastures.

A practical solution for ensuring the coexistence between solar projects and pastures is to install higher pillars that would allow animal grazing and fodder production under the panels. Under such a scenario, it should be sufficient to remove from agricultural circuit and, therefore, to recover from non-productive land only the area covered by specific segments of the photovoltaic park (such as pillars and transformer substation), as such would be the only area that becomes unexploitable as pasture.

Nevertheless, the above solution should be deemed acceptable by the Ministry of Agricultural and Rural Development, as such authority should favorably endorse the removal of the pastures from the agricultural circuit (for areas below 100 ha).

Another solution could come from a draft of law that is currently on the agenda of the Deputies Chamber. According to such draft, it is allowed to build E-RES projects on extra murros land, including pastures, to the extent not exceeding 50 ha. If such law is approved (and wording slightly clarified and corelated to existing legislation), not only that the harsh requirements imposed by Pastures Ordinance would no longer be applicable, but no PUZ would be needed for developing E-RES projects on extra murros pastures. Such would considerably speed up the development process.

While Romanian lawmaker and authorities continue to be puzzled by the “green pastures” – “green power projects” dilemma, more and more studies and countries support the development of agrivoltaic projects, and numerous such projects are being implemented worldwide. We can only hope for a favorable solution that would give a boost to E-RES development in Romania.