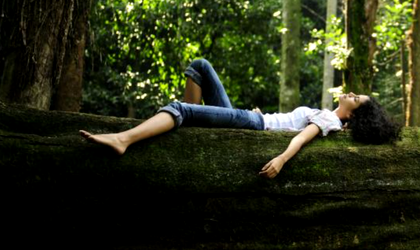 LVMH is celebrating European Green Week by announcing its partnership with award-winning environmental not-for-profit Canopy. Canopy has a 20-year track record of harnessing the purchasing influence of large brands to advance environmental protection and transform supply chains.
Over 3.2 billion trees are cut down every year, many of which from the world’s most integral forests, to produce paper packaging or to make fabrics like viscose and rayon for clothing. Canopy’s Pack4Good (packaging) and CanopyStyle (fashion) initiatives to work in partnership with brands to change supply chains, save forests, and bring alternative NextGen Solutions from the margins of the marketplace to the mainstream. LVMH’s Pack4Good and CanopyStyle commitments continue this growing trend, set ambitious targets, prioritize innovation, and apply to all of its iconic 75 Maisons.
LVMH’s commitments include:

“LVMH’s Initiatives For the Environment Program (LIFE 360) recognizes and celebrates the importance of the world’s Ancient and Endangered Forests as key to the world’s biodiversity and our ability to address climate change. We are pleased to be a CanopyStyle and Pack4Good partner, an integral step as we continue to ensure the highest environmental performance for our products and supply chain,” said Hélène Valade, Environment Development Group Director, LVMH.

In addition to ensuring its paper, packaging, and fabric supply chains are free of fibre from the world’s most vital forests, LVMH and its Maisons will also support the development of Next Generation Solutions. These circular economy alternatives include smart design as well as game-changing innovations, such as the use of agricultural residues, recycled textiles, and microbial cellulose to manufacture paper, packaging, and textiles instead of endangered forest fibre.

“Nearly five billion years of evolution has delivered us all an extraordinary natural inheritance that no one can afford to waste. We are thrilled that LVMH and all of their iconic Maisons are now working with Canopy to add conservation of the world’s priceless forests and climate to their legacy,” said Nicole Rycroft, Executive Director, Canopy.

LVMH’s commitments buoy efforts to protect forests’ irreplaceable ecosystems and will contribute significantly to the transformation of unsustainable supply chains and the development of life-affirming value chains.
A full copy of LVMH’s commitments can be found here: https://r.lvmh-static.com/uploads/2021/06/policy_statement_canopy_lvmh_04.06.21.pdf
Background on LVMH’s history of environmental excellence:
LVMH and its Maisons have long been involved.
LVMH, as a key partner of the UNESCO MAB (Man and the Biosphere) program, recently announced the launch of a joint project to combat deforestation in the Amazon, which is a major threat to the region’s precious ecosystems. This initiative is part of the Group’s own program LIFE 360 (LVMH Initiatives For the Environment), through which it is committed to contributing to the rehabilitation of five million hectares of habitat for flora and fauna across the world and to limiting the environmental impact of its activities.
The Group also announced the deployment of regenerative agriculture programs for strategic agricultural raw materials such as grapes, cotton, wool or leather by 2030, as well as a contribution to the collective effort to regenerate ecosystems and preserve particularly endangered plant and animal species.
A number of ambitious preservation programs launched by Group Maisons come under this umbrella:
Background on Canopy’s ground-breaking initiatives:
Canopy launched the Pack4Good initiative in October 2019. It now includes 232 brands partners, representing a combined revenue of over $132 billion. Pack4Good partners include fashion brands, personal care brands, printers and telecommunication companies as well as Next Generation Solutions providers, with more sectors and companies expressing interest every day.
Canopy’s CanopyStyle initiative is one of the fastest moving environmental initiatives in the fashion sector. CanopyStyle now includes more than 482 brand partners, representing more than $741 billion in annual revenue. With Canopy’s brand collaborators, the initiative is leading the fashion industry to a supply chain revolution, catalyzing Next Generation Solutions, and engaging in collective advocacy that advances forest conservation, climate action, and changes our world for the better.
DMCA
PROTECTED
Tags: canopy, European Green Week, forest conservation, Hélène Valade, LVMH, Nicole Rycroft