Lidl becomes the retailer with the most sustainable buildings in Romania, having in its portfolio a store, the headquarters and a logistic center with the highest scores in the country according to BREEAM International New Construction standards 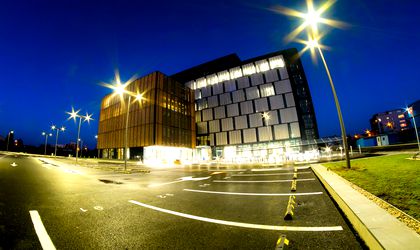 Lidl Romania headquarters, inaugurated in January 2018, is realized in partnership with Skanska and, since the design stage, it has been built to meet the requirements of the British BREEAM evaluation system, the highest standard of sustainability and efficiency in the industry. This year, with a score of 95.8%, the project acquired the highest level of certification, BREEAM Outstanding, which ranks it 1st place in Romania at the Office category, but also in 3rd place worldwide in all the categories of buildings in the top of the constructions certified according to the BREEAM International New Construction scheme.

Following the analysis performed by the BREEAM independent evaluators, the headquarters of Lidl Romania obtained a maximum score of 100 points on three of the evaluated criteria: site and construction management, supervised and executed by Skanska Construction Romania, as well as responsible water management and to the responsible consumption of used materials. More than this, in the construction of the headquarters, Lidl used many certified, recycled and recyclable construction materials and state-of-the-art construction technologies, including modern features and facilities that ensure an optimization of the resource consumption.

The building obtained a good performance at energy efficiency area, ensured by the modern features such as the intelligent facade of the building that allows to adjust the light according to the intensity of sunlight, or the LED lighting system with presence sensors. Moreover, the headquarters has a system of 78 geothermal probes connected to a heat pump, which contributes to the heating and cooling of the space.

The project is also differentiated by the facilities offered to the employees, where in terms of comfort and working environment, Lidl obtained a score of 93 points. The space is designed with numerous large areas for office activity and a series of modern facilities, created for the comfort of employees, such as fitness room, lunch area, open-space offices and areas for relaxation.

The Lidl logistics center in Lugoj, inaugurated in 2016, was built in partnership with the Romanian company Bog’Art and, like the Lidl headquarters, since the design stage, it was built to meet the requirements of the BREEAM system. Following the evaluation, this year, the logistics center in Lugoj obtained the score of 78.5%, receiving the BREEAM Excellent certification. Currently, this is the only warehouse of a food retailer in Romania certified according to the British evaluation system. Moreover, the Lidl logistic center in Lugoj obtained the highest score in Romania at the category of logistics buildings and halls.

The building is differentiated by the use in its construction of many certified, recycled and recyclable materials, but also by the using of modern features and facilities that aim the optimization of the resources` consumption. In fact, the building obtained over 90 points on two of the evaluated criteria: the level of energy efficiency and to the reduction of pollution. For example, the building’s heating system has been designed to reduce the consumption with 50% less, possible by reusing heat recovered from the refrigeration system. The logistic center also achieved performance at the area that measures responsible water management and responsible waste management used in the construction and the operation of the warehouse. In addition to the materials, during the construction process, the company has protected the environment by taking procedures that reduced with 75% less the amount of waste generated on the site.

The headquarters in Bucharest and the Lidl center logistic in Lugoj follow the first BREEAM certified building in the company’s portfolio – the store placed in the Aviației district of Bucharest.

With a score of 99.1%, last year, Lidl store in Bucharest, on 58a, Căpitan Aviator Alexandru Șerbănescu Street, obtained the BREEAM Outstanding certification. The building ranks first in the world, being, at the same time, the store with the highest score obtained worldwide and the first in Romania that obtained this level of certification. Earlier this year, the store was awarded in the BREEAM Awards competition both for the most sustainable building in Central and Eastern Europe, and for the most environmentally friendly commercial space.

“We are proud that in one year we already have three buildings that have obtained this distinction and, moreover, that all these are the most sustainable in Romania in their categories. The certifications confirm our continuous efforts to realize constructions that have a low impact on the environment, but which also offer modern facilities to the employees. For us, BREEAM is a benchmark in the domain of sustainability, which encourages us to further invest in sustainable buildings, in line with the highest construction standards”, said Frank Wagner, CEO of Lidl Romania.