Enel has just published its third study on circular cities, titled “Circular cities – Cities of tomorrow”, addressing the topic of how the urban landscapes of tomorrow can achieve environmental sustainability, social inclusion and economic competitiveness.

The study has been carried out with the contribution of Arup, a world leading sustainable building company, bank Intesa Sanpaolo Group, a pioneer on circular economy financing, and Future Food Institute, an NGO focused on the future challenges of food in a circular perspective.

Michele Crisostomo, Enel Group Chairman, commented: “It is within cities that our society pulsates with life and evolves. Cities all differ in their architecture, culture and historical background, but were all created from our ancestors’ inclination to gather and form communities. Urbanization has sharply accelerated in recent years, as cities today are home to more than half of the world’s population and generate over 80% of global economic output, alongside all the social, economic, environmental and, as recently witnessed, health challenges. This is why it is key to promote in our cities economic competitiveness, social inclusion and respect for the environment, considering these objectives within a vision that brings together innovation and sustainability, and which is most effectively expressed in circular economy. The transition towards a more circular living and production is the best solution to the issues cities are facing today, and an essential step towards improving the quality of life in those of tomorrow.”

Francesco Starace, Enel Group CEO, commented: “Long before humankind could see the glow of city lights from space, Paris was called the ‘City of Lights’, which underlines the striking achievement of public lighting at that time. We have come a long way since public lighting was invented, and in our cities we use more and more energy, especially in the form of electricity, for our work and daily life. Electricity is, and will increasingly be the lifeblood of cities due to growing electrification. As a key power player, we want to contribute to the development of a sustainable urban vision for the future. To do so, we started by bringing together economic, social and environmental sustainability goals, taking into consideration all the sectors and elements that go into a city. This vision, even more urgent considering the current challenging period, is reflected in the study we are launching today and implemented across the circular city projects we are carrying out worldwide, which represent a further contribution towards a more sustainable future.”

Enel, which operates in Europe, the Americas, Asia, Africa and Oceania, is strongly committed to circularity. The Group is engaging all relevant stakeholders in the transition to circularity applied to cities, promoting an approach to circular economy based on clear goals and targets and with a governance  which is not just “top-down” but also “bottom-up”, as well as encompassing all key business areas. 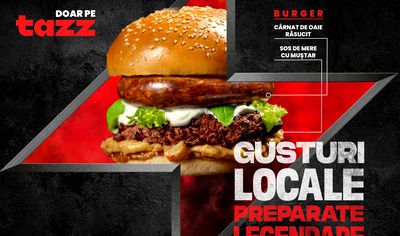 In Genoa, Italy, Enel is undertaking a City analytics solution for real time analysis and optimization of transport, including the installation of a city-wide EV charging infrastructure, with more than 200 charging points. In the University of Genoa campus in Savona, since 2017 a living lab has been set up in order to develop and test smart grid technologies in a real and controlled environment, since the living-lab has real electricity loads, produced by the campus itself, alongside distributed generation facilities, including PV, Co-generation, electricity storage, and CSP (Concentrating Solar Power).

In addition, the Group is replacing 33 million first-generation smart meters in Italy with second-generation devices and, as old meters are disassembled, plastic, various metals and electronic components are suitably processed for use in the production of secondary raw materials.

In Spain, Enel, through its Spanish subsidiary Endesa, has an open-air laboratory in the Andalusian city of Málaga, to experiment and showcase technologies and solutions that will be part of the day-to-day life of the circular cities of the future. Since 2009, the Smartcity Málaga project has been supporting research, development and an innovation ecosystem where all intelligent technologies work together in a real environment with more than 20,000 end users. This lab-city has developed and implemented innovative solutions related to advanced network monitoring and flexible operation, resulting in an improved hosting capacity for renewable energy sources as well as the use of artificial intelligence and big data. These innovations aim to boost the presence of distributed energy resources and to contribute to a more sustainable model based on value generation among municipalities, academia, local companies, startups, etc. In coordination with the local authorities and other partners, this project is currently evolving into the #eCity Málaga (Smartcity Málaga Living Lab), including a more comprehensive circular approach with the objective of making Málaga one of the most sustainable cities around the world.

In São Paulo, Brazil, where Enel operates the megacity’s distribution network, the Group has launched the Urban Futurability® project, a 25 million euro project involving a virtual replica of the electricity grid called Network Digital Twin®, which uses full digitalization of the grid and its surroundings, together with real-time data and predictive maintenance to mitigate risks from extreme weather, fires, floods but also help measure and mitigate carbon emissions as well as noise pollution. Focus on circular economy also impacts many other aspects such as the circular design of new smart meters, regenerating waste such as old cables and plastic to be processed into new equipment, or waste from the new circular supply chain revolving around urban tree trimming, therefore creating new local business opportunities.

Through its advanced energy solutions business Enel X, the Group participates in seven electric public transportation projects in four countries on two continents for a total of 991 e-buses – both supplied or served – running in Santiago (Chile), Bogotà (Colombia), Montevideo (Uruguay) and Barcelona (Spain). Recently, Enel X and AMP Capital have formed a joint venture to establish and grow an e-mobility platform in the Americas. More specifically, the parties will jointly invest in the development and leasing of vehicles for electric ground mass public transportation and associated infrastructure for the vehicles’ storage, charging, repair and operation in the Americas. The joint venture currently owns a fleet of 433 operating electric buses and associated charging infrastructure in Santiago de Chile, which were developed by Enel X over the past two years.

In the US, advanced energy solutions and new business models aimed at electrification and decarbonization, such as electric vehicle infrastructure, renewable energy, battery energy storage systems and software optimization, are being applied throughout several cities in which Enel is present, including Boston, New York and Pittsburgh, enabling improved circularity, sustainability and resiliency while achieving cost effective and sometimes even revenue-generating results.

Cities are responsible for more than 80% of global economic output but are also the place where the global challenges are more critical. Reimagining the cities of tomorrow in terms of better quality of life, under a circular economy approach, represents a huge opportunity:

The circular city approach maintains the key role of technology while integrating it within a more holistic vision, open governance and circular economy principles to achieve economic competitiveness, environmental sustainability and social inclusion. Public-private partnerships play a key role in implementing this approach.

More than 50% of top managers in Romania manage change or uncertainty with...