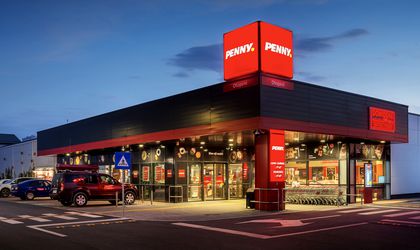 PENNY Otopeni, for which ADP green building provided BREEAM consulting and certification services, was designated the most sustainable project in Central and Eastern Europe on Thursday, March 25th, 2021 at the BREEAM Awards, an annual event that marks the most significant achievements in sustainable building design, development and management of the buildings.

Of the 196 BREEAM certified projects in Romania, over time only 7 buildings received the Outstanding level, this being the highest level of certification. PENNY Otopeni was the first in the world to obtain the Outstanding level using the latest version of the BREEAM New Construction standard, with a score of 95.24%. This rating is still the highest ever obtained on this version of the standard. In order to achieve it, ADP green building has ensured that the PENNY Otopeni store meets all the requirements of the BREEAM standard, since the beginning of the design phase.

“PENNY Otopeni is one of the most sustainable stores in the world, where all the recommendations of the BREEAM have been tested. It is a concept store, but also an experiment. We received full support from the REWE Romania team to implement all BREEAM requirements, to test solutions and technologies and to observe them over time. This way, anything that proves to bring benefits on medium or long term, will be implemented afterwards in all future stores and adapted in the already built ones. ” Adrian Pop, architect and BREEAM specialist at ADP green building.

PENNY Otopeni has significantly reduced CO2 emissions, electricity and water consumption, but also focused on stimulating biodiversity and facilities for people with disabilities.

Along with the PENNY store in Otopeni, another 130 green projects in Romania are influenced by ADP green building, thus contributing to a healthier, safer, less polluting and better integrated environment, whether built or natural.

Among the ADP green building projects, 3 other buildings received a number of nominations this year: