Which EU Countries Have the Longest Average Working Week? 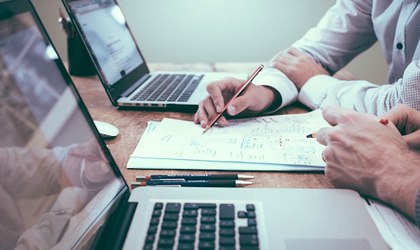 For the longest time, a lot of business owners have asked themselves, “how long should employees work?” The answer varies on a lot of factors – including the country where the business is located. Some regions promote shorter work hours for the health of the employees; others promote longer work hours to help GDP.

An analysis (performed by CTM business insurance) found that the country with the most hours clocked at work is Mexico, with an average of 41 hours weekly. It’s followed by South Korea and Greece, which have a weekly average of 37.8 and 37.4, respectively. Now, let’s dive deeper into the EU and how their work hours stand.

The people in the EU worked an average of 37.1 a week for their main job. It’s lower than the top three countries in the rest of the world, which is a good thing because this means that people in the EU have more time to spend on other things in their life.

How does its high per week average affect the overall economy and GDP of Romania? It’s not easy to say that with high work hours average means better GDP. There are a lot of factors that affect a country’s economic performance but the amount of productivity that the business sector brings does have its effect to some extent.

Romania has a freedom score of 69.5 in the 2021 index for GDP. This makes the country the 43rd freest economy in the world. Although its score has dropped by .2 over last year’s performance, it’s still a good number that Romania should be proud of. It’s safe to say that somehow, the work hours do pay off at least.

The work hours may be long but for Romanian’s, the work they put in is well worth it. They have no qualms about the pay and the opportunities are great for both blue-collar and white-collar opportunities. The businesses themselves take good care of their employees too.

Despite the pandemic, the work hours remain pretty consistent in Romania. This is most likely because of work from home setups that let people continue to work despite the present challenges. This lets people maintain a good livelihood amidst everything as well.

The Drawbacks Of Long Work Hours

Studies have shown that long work hours actually hurt the company instead of helping it. While the drawbacks may not present themselves immediately at first, employees who feel burnout will eventually begin to become less efficient at work. Worse, they also begin to hate working for the company as well.

Businesses should learn to balance work hours with the right pay and incentives. It’s always good to understand that workers have lives to live out and families to feed as well. By giving them the right opportunities and pay, a 40-hour workweek will feel like a breeze that goes by.

The line between long work hours and good pay is always blurred. At the end of the day, it’s always up to the workers to know when enough is too much in terms of workload. Long work hours don’t always correlate to good GDP, but the effects are there to some extent. Hopefully, companies begin to understand exactly how crucial their average work hours can be.

Business Insurance You Need to Have